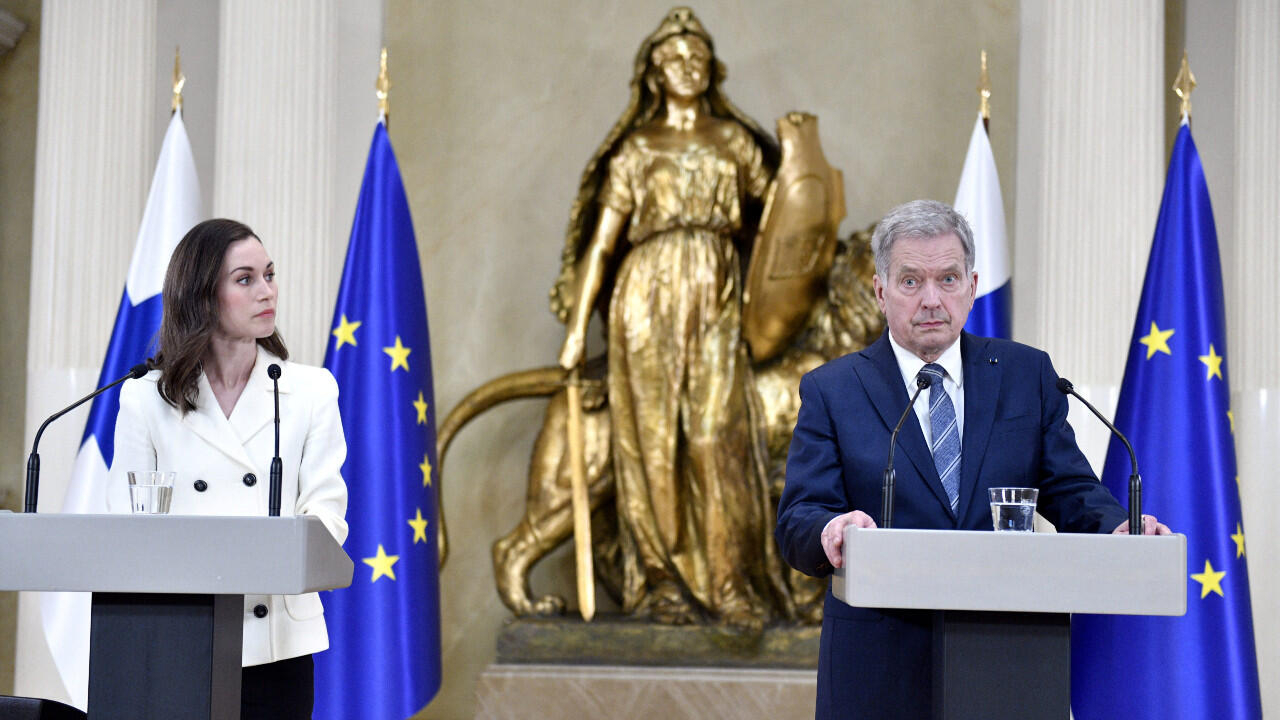 On the 81st day of Russia’s invasion of Ukraine, the President and Prime Minister of Finland announced that their country would apply to join NATO. On the ground in Ukraine, Russian strikes targeted military infrastructure in the Lviv region on Sunday. Follow the events of May 15 live.

Finland has taken the decision to apply for NATO membership, announced the President and Prime Minister of the Nordic country, a direct consequence of the Russian invasion of Ukraine.

The member countries of NATO are “on the right track” to find a consensus on the integration of Finland and Sweden, judged the head of Croatian diplomacy.

“I think the discussion is on the right track (…). I hope we will have a fruitful final discussion and a good result to show our solidarity,” said Gordan Grlic Radman as he arrived at the informal meeting of ministers of Foreign Affairs of the Atlantic Alliance in Berlin.

The last-minute opposition displayed by Turkey, a member of the Alliance, to the integration of the two Nordic countries casts uncertainty over the outcome of the process.

Germany is ready for a speedy ratification process in case Finland and Sweden would decide to apply for NATO membershipForeign Minister Annalena Baerbock told the press during a second day of talks with her Atlantic Alliance counterparts in Berlin.

“Germany has prepared everything for the ratification process to be swift,” she said, adding that ministers agreed over dinner on Saturday that there should be no gray area between when the two countries apply and when they join. “We have to make sure that we give them security guarantees, there must be no transition period, no gray area, where their status is not clear.”

“We saw yesterday (Saturday) the huge support from the public all over Europe (…). Of course the song was magnificent, it is magnificent”, he underlined before the meeting of the ministers of Foreign Affairs of the Atlantic Alliance in Berlin, adding that the Russians had “launched the most brutal and cynical war since the Second World War”.

The Russian offensive in the Donbass “lost momentum and fell far behind,” British military intelligence said on Sunday.

“Under current conditions, it is unlikely that Russia will be able to dramatically accelerate its pace of progress over the next 30 days,” he said in a bulletin posted on Twitter.

(1/6)
Russia’s Donbas offensive has lost momentum and fallen significantly behind schedule. Despite small-scale initial advances, Russia has failed to achieve substantial territorial gains over the past month whilst sustaining consistently high levels of attrition.


Several missiles hit military infrastructure in the Lviv region of western Ukraine on Sunday, May 15, according to the governor of the region, Maxim Kozitsky.

“Four enemy missiles hit military infrastructure in the Lviv region,” he wrote in a message posted on Telegram. “According to preliminary information, there are no casualties. No one has asked for medical help.”

AFP, Withdrawal of up to 4UIT: How to request an AFP withdrawal and where to see my account statement | AFP Premium | Profuture | Integra and Habitat | NMRI EMCC | ECONOMY