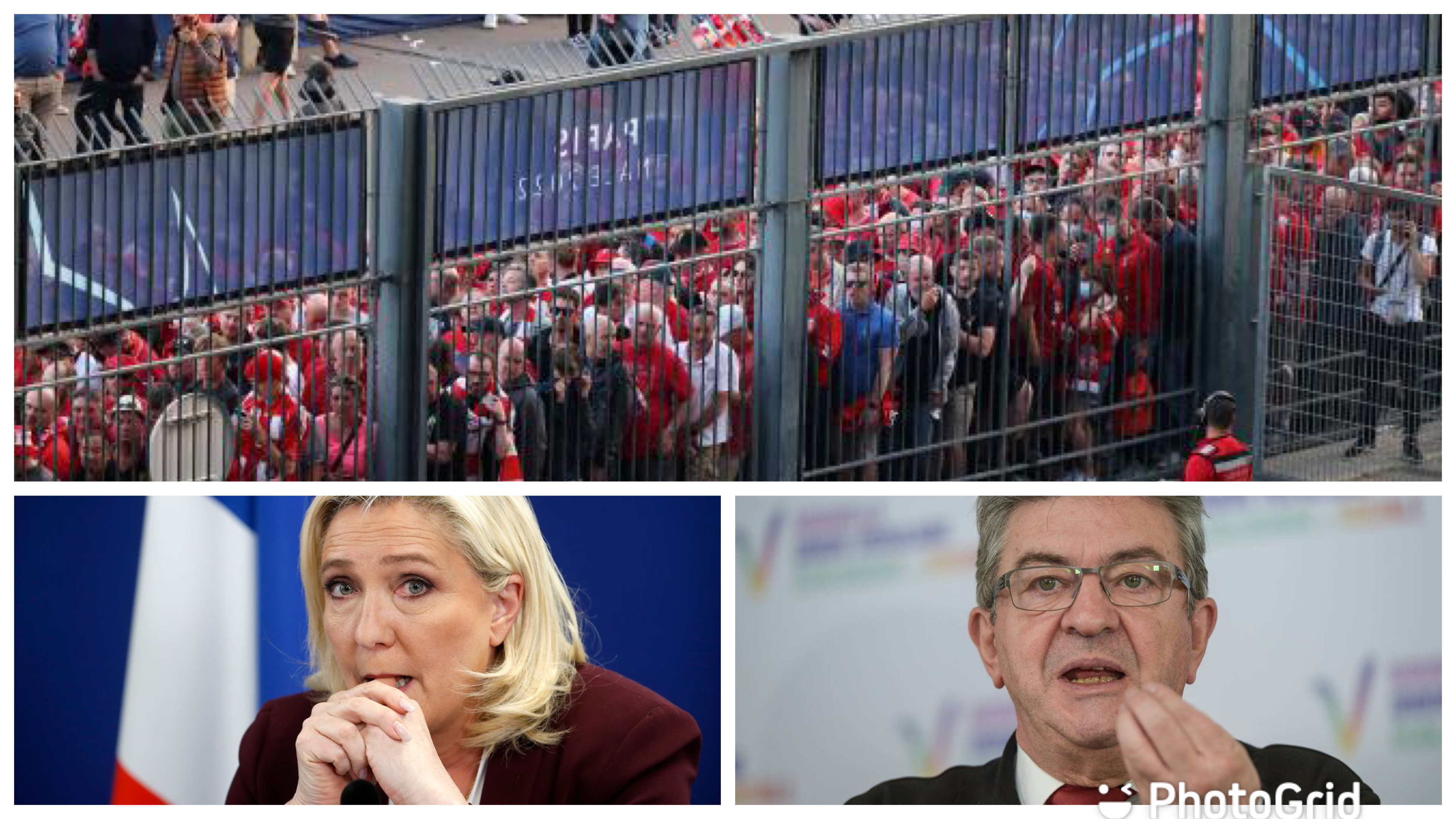 “Feeling of humiliation”, “complete failure of the police strategy”: Marine Le Pen and Jean-Luc Mélenchon both estimated on Sunday that France was not “capable” of organizing large demonstrations, after the scenes of chaos that punctuated the Champions League final at the Stade de France.

Questioned by the RTL-Le Figaro-LCI Grand Jury, the leader of the National Rally expressed a “feeling of humiliation because we are watched by the whole world and all the capitals who have seen this have noted that the France was no longer in the capacity to organize large demonstrations without them degenerating”.

“It’s confirmation that our state is collapsing under our feet. The reality is that. It’s that we no longer know how to organize a big event even though there are the Olympic Games in 18 months, which is extremely worrying,” added the presidential finalist, denouncing the “incompetence” of Interior Minister Gérald Darmanin and Paris police chief Didier Lallement.

Same observation with the leader of La France insoumise: “The image is lamentable, it is worrying because we can clearly see that we are not prepared for events like the Olympic Games, launched Jean-Luc Mélenchon on BFMTV .

“It’s a complete failure of police strategy,” he said. “There must be a fundamental reflection to put the French police back in a device that makes it effective” because “the role of the police is to prevent things from going wrong, but there, on the contrary, they have aggravated things,” said Mr. Mélenchon.

The match at the top of European football, which saw Real Madrid win against Liverpool (1-0), started with a delay of more than 30 minutes due to scenes of chaos outside the stadium, due to the influx of tens of thousands of supporters and intrusion attempts.

The two politicians differ on the origin of the slippages, Ms. Le Pen believing that the department of Seine-Saint-Denis, where the Stade de France is located, was “out of control”.

This degenerated “partly by a disorganization for which the organizers will have to explain themselves, and then partly by a traditional delinquency” which means that “at each event it turns into a riot, an attempt at looting”.

Jean-Luc Mélenchon mocked the side of the extreme right “the usual racist refrain”.

“The problem last night was the doctrine for the use of law enforcement,” he insisted.

Earn pocket money on YouTube after work… Office workers hit by a ‘tax bomb’, why? By Hankyung