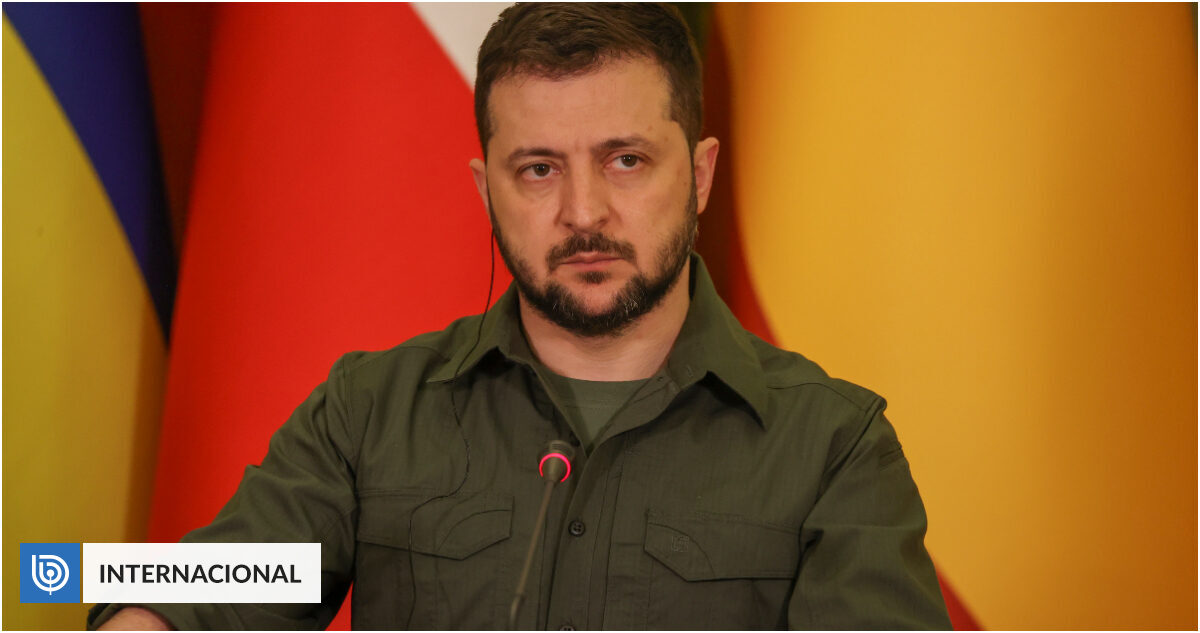 This coming Wednesday, August 17 at 10:00 a.m., the president of Ukraine, Volodimir Zelenski, will be presented by videoconference for the first time with Latin America and from the Catholic University of Chile.

Seeking political, military and economic support, as well as humanitarian aid, the President of Ukraine, Volodymyr Zelensky, will speak for the first time with the Latin American public, during a video-conference Exclusive for Chile.

The Ukrainian president has spoken before several European congresses, at culture and entertainment events, before international organizations and directly with dozens of international leaders.

Despite all this, next August 17 the president will be in a videoconference organized by the Catholic University of Chile, which will be transmitted by Once upon a time.

Zelensky will speak about the situation in Ukraine due to the invasion that Russia unleashed and then answer questions from a multidisciplinary panel.

The former, made up of academics, journalists and authorities, who will be at the conference with an audience at the Catholic University.

The president will speak in Ukrainian and his remarks will be simultaneously subtitled.

It will be the first time that Zelensky, who came to power three years ago after a successful acting career, addresses such a wide audience in Latin America.

In Chile, there was a proposal for the president to speak before Congress, but he did not get the unanimity required to accept it.

“It should not be confused that foreign relations is a matter that is handled by the President of the Republic. It seems to us that it is not appropriate, that it is not adequate”, said the PC senator, Daniel Núñez, justifying their opposition.

“I hope the committees meditate on this situation, the different parties, and do not give support to a measure that in my opinion is absolutely irresponsible,” he added.

A few weeks ago, a similar initiative in Mercosur did not prosper either, due to lack of consensus among its members. Despite this, it was not revealed which country or countries were against.