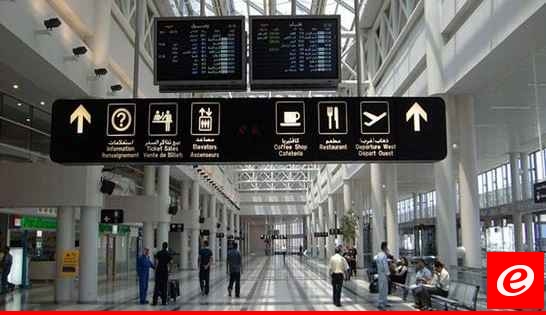 The Director General of Civil Aviation, assigning at Beirut International Airport, Fadi Al-Hassan, issued a circular to all airlines operating in the airports regarding the procedures related to passengers arriving in Lebanon, starting from the first of next March, stating:

Passengers arriving in Lebanon are exempted from conducting an examination in the countries coming from them in Aleppo who were fully vaccinated, the second or third of any vaccine, or a full dose of the vaccine, for a period not exceeding 6 months, and they must upload the official documents or certificates that prove this to the The platform of the Ministry of Health, to obtain a traffic permit, as well as to be exempted from conducting an examination upon arrival at Beirut airport.

Passengers who left Lebanon and want to return within a week, that is, those who left during a weekday and returned on the same day during the second week, are exempted from conducting an examination in the countries from which they wish to return, and are subject to an examination upon their arrival at Beirut International Airport.

Crews of incoming planes, who enter Lebanon for a period not exceeding 48 hours, are allowed not to conduct an examination upon their arrival at the airport, and they must adhere to quarantine in their places of residence for the duration of their stay in Lebanon.

All passengers arriving in Lebanon and who have undergone an examination upon arrival in Beirut, must adhere to the home quarantine until the result of the examination conducted at the airport appears, until he is informed of the result.