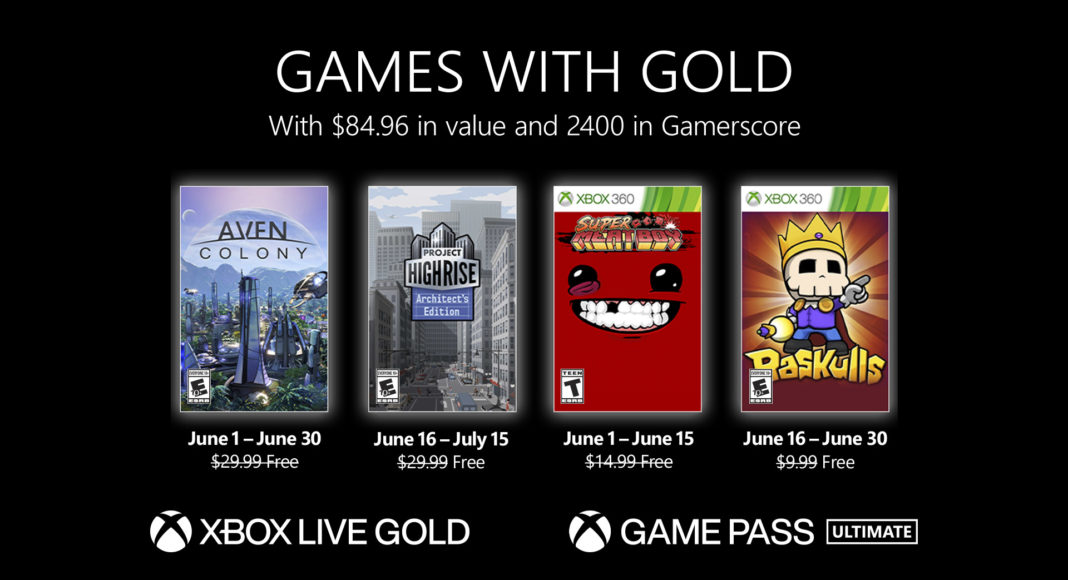 After Playstation, it’s Microsoft’s turn to unveil the games offered on Xbox as part of the “Games with Gold” plan. These are once again four titles offered, two Xbox One and two Xbox 360, for a total value of €79.25.

Head to the alien world of Aven Prime with the first title offered this month. In Aven Colony, you oversee the establishment of a small colony on this distant planet using small builder drones. But who says extraterrestrial planet often says hostile planet. Polar winters, deserts, tundras, but also alien life forms that will have to be enslaved to allow your colony to prosper and expand.

Aven Colony is already available for download. It will remain so until June 30.

Definitely, the offer of the month of June from Xbox is very much oriented towards management with a second title of this type. Project Highrise is however very different from the previous game, since it is a question here of building your own shopping center by adding services, shops, offices and homes. You will have to manage the number of tourists, workers and residents while increasing your income. But the life of an architect and building manager is not easy and the title brings a certain welcome difficulty. A sandbox mode is available while 29 scenarios are offered.

Project Highrise will be available from June 16 until July 15, almost a month away.

Does it still make sense to feature Super Meat Boy? Released in 2010, this little indie platformer immediately won over the press and players thanks to its extremely high difficulty and ubiquitous “die and retry”. The plot is also very original. You play as a small piece of meat called Super Meat Boy who must rescue Super Meat Girl, kidnapped by Dr. Fetus. No, it’s not made up…

Super Meat Boy is available for download until June 15.

To conclude the titles offered in Games with Gold in an original way, Microsoft turned to Raskulls, a title also released in 2010 on Xbox 360. It is a puzzle game in which you will have to progress while breaking bricks of varying shapes and colors, like in a Tetris. These bricks fall from the sky and can crush you at any time, causing the game to fail. Playable solo or in pairs, Raskulls still offers around sixty levels spread over three chapters.

You can still pick up one game from the May offer, namely The Inner World: The Last Wind Monk. It is available for download until June 15.

Luck on the Moon: Biden responds to Musk’s “bad feeling”

After twelve years together: Shakira and Gerard Piqué announced their separation