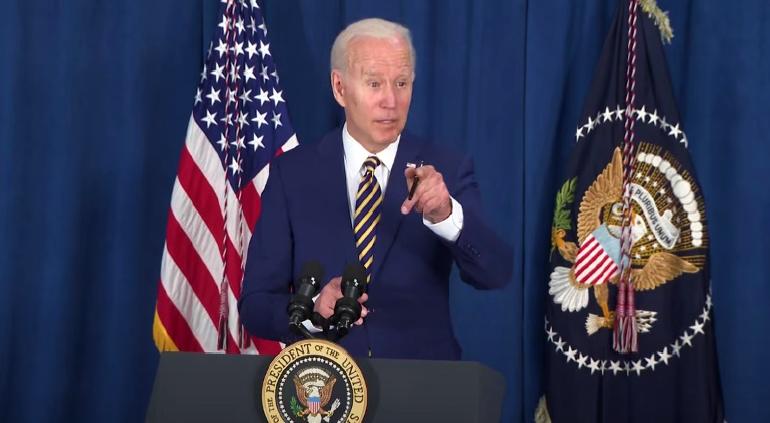 Journalist asked Biden what he thinks of the comment by Elon Musk, the richest in the world, who just said he has a “super bad feeling” on economy.

Given this, Biden cracked a smile and replied that companies like Ford and Intel will create multiple new jobs with large investments.

That would be 6,000 new union jobs in the Midwest to build low-cost electric cars. Ford and some 20,000 jobs nationwide for semiconductor chips from Intel.

And the US President wished Musk “good luck on your trip to the moon“, for his work at SpaceX to try to reach the natural satellite and even Mars.

Elon Musk himself responded to the news on Twitter with a “Thank you, Mr. President!”, where he also shared a news from NASA, in which he reports that SpaceX will be the one to take the most Americans to the Moon, which generated thousands of reactions on Twitter.

The richest businessman in the world has been in open controversy towards the Biden government, as Musk has even said that in the 2022 midterm elections he will vote for the Republican Party of former President Donald Trump, the opposition to Biden, for the first time.

Games with Gold: Here are the games available on Xbox in June