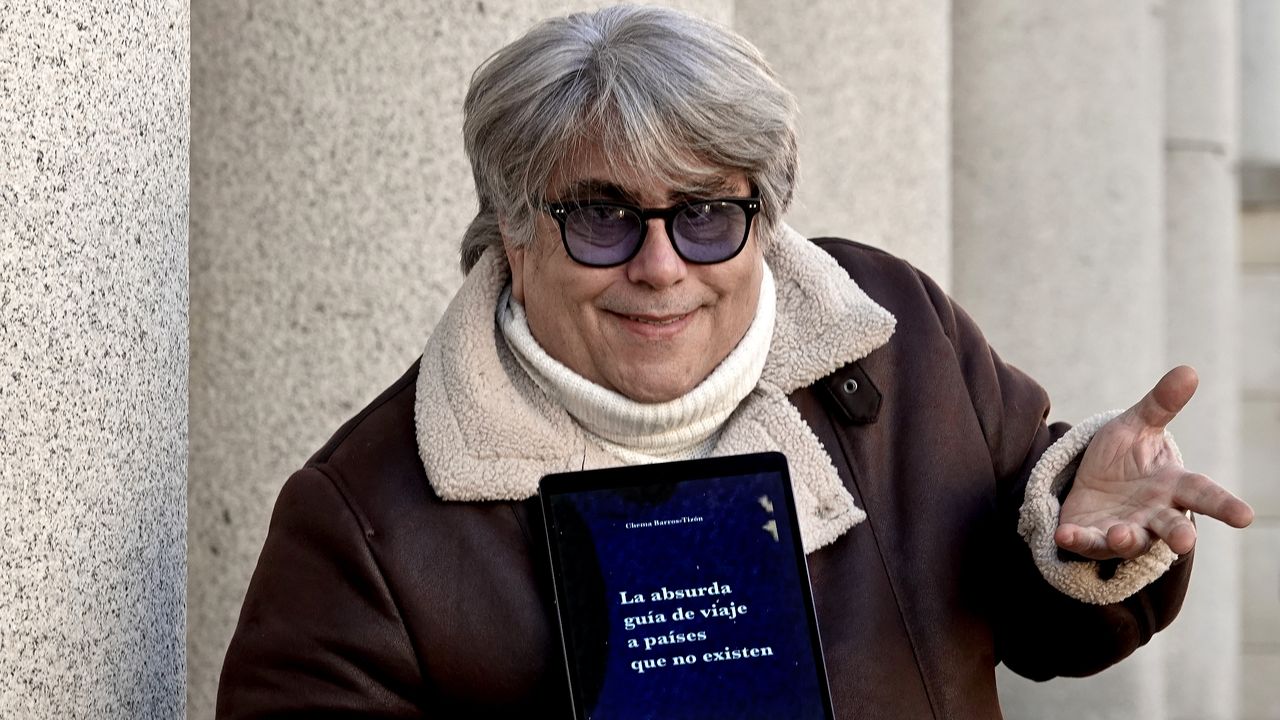 The publicist Chema Barros Tizón (Vigo, 1967) suffers from narrative incontinence. His imagination is a torrent of ideas and while his professional sector recovers its pulse after the crash of the pandemic, he turns his ideas into a new installment between humor and apocalypse. During the confinement, he made his debut as an author, publishing five books (on cinema, television, series, advertisements and cover news), which he wrote nonstop, one after another, “like a Forrest Gump on the keyboard,” he said then. After that, the digital marketing, content production and event organizer expert from Vigo wrote several children’s stories and now his first fiction novel for adults has just come out: The absurd travel guide to countries that don’t exist. The work, self-published with Amazon, is now available in a digital version and next week on paper. The story takes place in the 22nd century, on a planet Earth that has mutated until it is compressed at the poles in such a way that instead of a sphere it is a six-sided dice that turns its ball where the earth’s surface is 80% earth. and 20% water, there are no seasons and everyone is wise and has everything they want.

—What did you think when you considered this story between delirious and apocalyptic?

—I thought of traveling with my mind and instead of going through topics of what already exists, inventing everything. The difficulty was in squeezing me to the point of bordering on the absurd to make sure that the imagined country neither exists nor can exist, no joke. I hope it’s never real.

—Yes, on my cubic planet there are 27 countries, one for each letter of the alphabet. I set limits to be able to stop in time. Each country has a name, for not having a number, also invented and without meaning. The first is Almondia and the second, Barlingia. There is only one character, who is the protagonist, and he does not have a name either.

PSG: “We don’t really know what goes on in his head sometimes”, Tanguy Ndombele, a real good idea?

An earthquake of magnitude 6.6 leaves nine injured in Japan