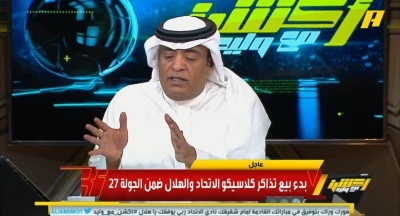 Al-Marsad Sports: After the media, Walid Al-Faraj, criticized one of his followers on the level of Al-Ettifaq team in its last match against Al-Hilal.

During tonight’s episode of the “Action with Walid” program, Al-Faraj reviewed the tweeter’s account on Twitter, from which the latter’s encouragement for the victory team appeared, which prompted Al-Farraj to respond sarcastically to the tweeter’s words, saying that the non-agreement fans’ criticism of the team’s performance in front of Al Hilal was more harsh than the criticism of the fans. The agreement themselves, because the agreement team did not achieve for these fans what they aspired to by stopping the progress of Al-Hilal.

How the time you eat dinner affects your risk of stroke