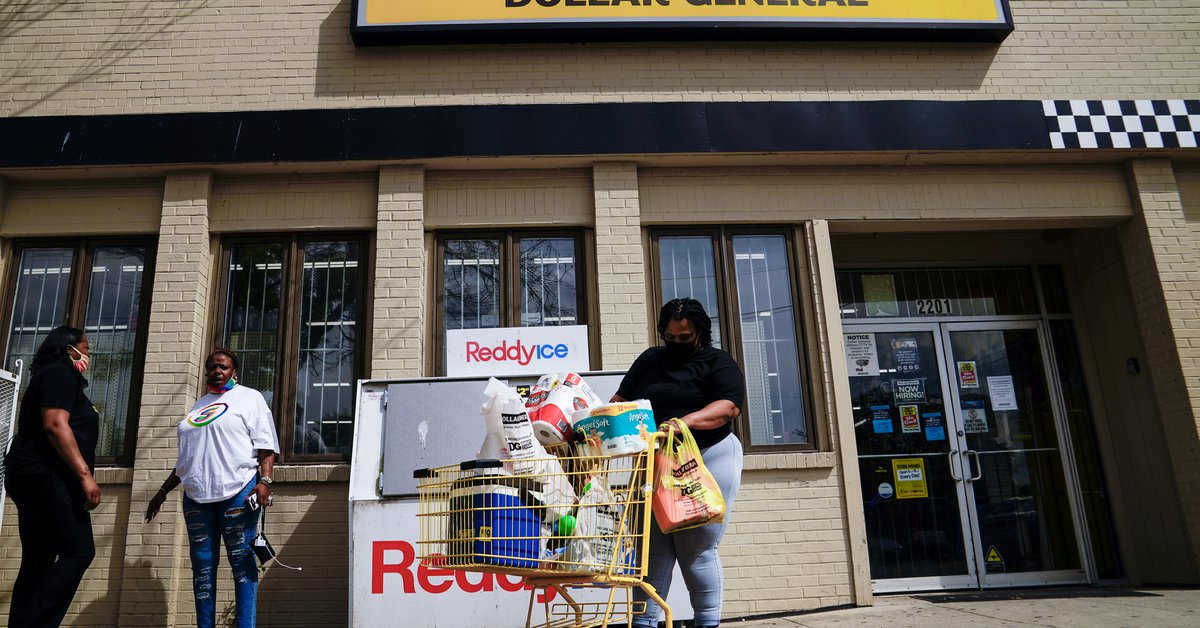 Customers in a store in Maryland (Reuters)

The consumer price index (CPI) rose 0.6% in the United States in May, bringing the inflation rate to 5%, the Bureau of Labor Statistics reported Thursday.

The year-on-year figure for May is the highest recorded in the US since August 2008.

Excluding volatile goods such as food and energy, the “core” consumer price index (CPI) rose 3.8% in the past 12 months, “the largest 12-month increase since the period ending June 1992, “said the Department of Labor.

From cereal maker General Mills to Chipotle Mexican Grill to paint maker Sherwin-Williams, a number of companies have raised prices or are planning to do so, in some cases to offset the higher wages they now pay to keep or attract workers.

Inflationary pressures, which have been building for months, are not only squeezing consumers, but also pose a risk to the recovery of the economy from the pandemic recession. One of the risks is that the Federal Reserve will end up responding to escalating inflation by raising interest rates too aggressively and derailing the economic recovery.

The Fed, led by its president Jerome Powell, has repeatedly expressed its belief that the inflation will be temporary as supply bottlenecks unblock and parts and goods flow back to normal. But Some economists have expressed concern that as the economic recovery accelerates, fueled by increased demand from consumers who are free spending again, so will inflation.

The question is: for how long? “The price hikes could be bigger and longer because the pandemic has disrupted supply chains so much,” said Mark Zandi, chief economist at Moody’s Analytics, before Thursday’s inflation report. But “by the fall or the end of the year,” suggested Zandi, “prices will return to earth.”

So far, Fed officials have not deviated from their view that rising inflation is a temporary consequence of the rapid reopening of the economy, with its acceleration in consumer demand, and a lack of supplies and Enough workers to keep up with you. Over time, they say, supply will increase to match demand.

However, last month, after the government reported that consumer prices had risen 4.2% in the 12 months ending in April, Fed Vice Chairman Richard Clarida acknowledged: “I was surprised. This figure was well above what I and the external forecasts expected ”.

And month-on-month inflation readings, which are not subject to the distortions of the pandemic, have also risen since the beginning of the year.

Some economists say they fear that if prices accelerate too much and stay high for a long time, expectations of further price hikes will take hold. This, in turn, could intensify the demand for higher wages, potentially triggering the kind of wage and price spiral that hit the economy in the 1970s.

(With information from AFP and AP)