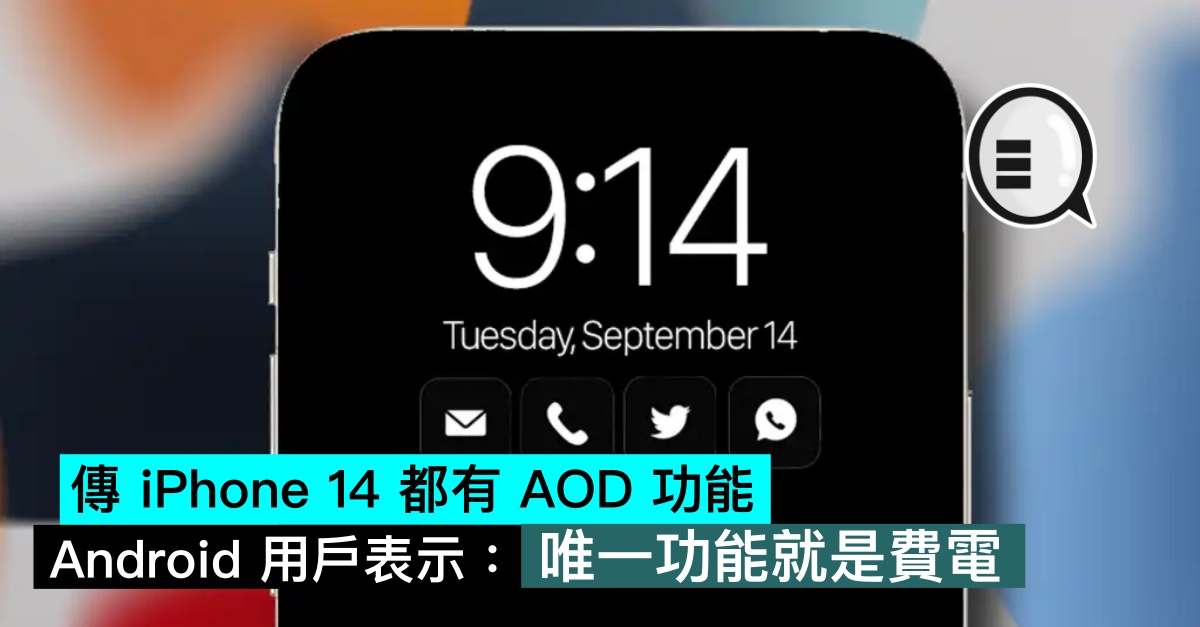 It is rumored that Apple’s fall new product launch this year will be officially held on September 13 (Tuesday). The biggest protagonist of this conference is undoubtedly the iPhone 14 series. Then the overwhelming rumors about the iPhone 14 began to fly all over the sky, and broke the news one after another.

However, screen analyst Ross Young said in the latest revelations that the ProMotion screen used in the iPhone 14 Pro will be able to drop to the same 1Hz. Compared with the current iPhone 13 Pro series, although it also supports 120Hz ProMotion refresh rate adjustment, this model can only reach 10Hz at least.

This means that the so-called 1Hz limit frame rate of the iPhone 14 will minimize the power consumption of the screen, so that the AOD (Always On Display) screen display function can be realized through simple lines and low-brightness pictures.

At present, Apple Watch S6/S7 supports this 1Hz display to ensure the effect of all-weather bright screen, so that the smart watch becomes more practical in the original basic display function.

However, many netizens do not agree with this function. According to the reactions of most Android netizens who have tried AOD early, in fact, AOD does not play a big role, and it also consumes electricity. Many users say that they are new phones. Turn off this feature as soon as you get it, only a small percentage of people think AOD is very important.

In addition, it is a pity that the previous two generations of the Mini series, which sold poorly, have now been completely abandoned by Apple.

They asked Mayar Al-Beblawy about the reason for her divorce and the ruin of her home?… She revealed to everyone what her husbands used to ask of her every morning without an ounce of shame.! !