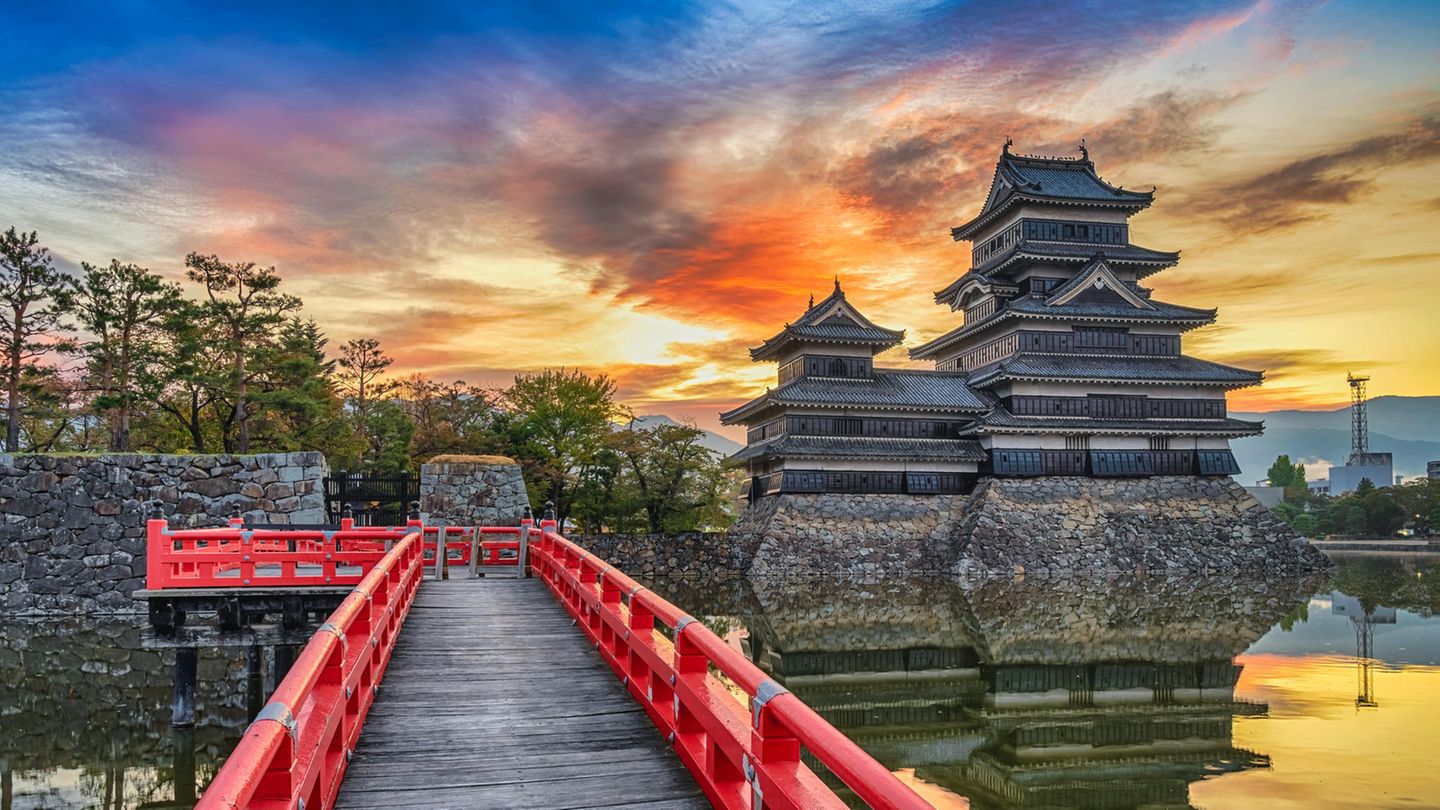 When you think of palaces and castles, you think of Germany – especially Bavaria and the region around the Rhine. Or Great Britain, where castle ruins on windswept cliffs defy the centuries. Or Romania, where the model for Count Dracula is said to have lived in an imposing mountain fortress. You don’t necessarily think of Japan. The empire of the Asian country has a long history, and the nobles naturally built magnificent residences. And also during several wars, fortresses and castles were needed from which the army could prepare its attacks.

Of course, Japanese castles look different than the Marienburg in Lower Saxony, for example. But precisely because of their very special style, you should have seen the impressive buildings once in your life. They are often embedded in fantastic natural scenery, forests, mountain slopes, surrounded by blossoming cherry trees or lovingly landscaped parks, or surrounded by lakes in which the sweepingly designed roofs are reflected.

Japan has many attractions to offer

But some of the most beautiful magnificent buildings had to go through difficult fates. In 2019, for example, a major fire raged in the famous Shuri Castle – 500 years old and a UNESCO World Heritage Site – on Okinawa. Since it consists almost entirely of wood, the consequences were fatal. But since then it has been almost completely restored and rebuilt, to the delight of the numerous tourists. And the hilltop Kumamoto Castle fell victim to a powerful seven-magnitude earthquake in 2016: roofs and a tower were damaged, but have now been fully repaired and reopened to visitors.

But Japan is not only worth a trip for its impressive castles: the country has become one of the most popular travel destinations in recent years, at least when the corona virus did not stand in the way. If you want to get to know more than the dazzling metropolis of Tokyo, you can travel as a tourist with a special train ticket for two whole weeks with the always punctual Shinkansen express train from city to city and marvel at the old temples of Kyoto or the tame deer of Nara, among other things.

– Aman Hotel in Japan: Soar in the sky above Tokyo