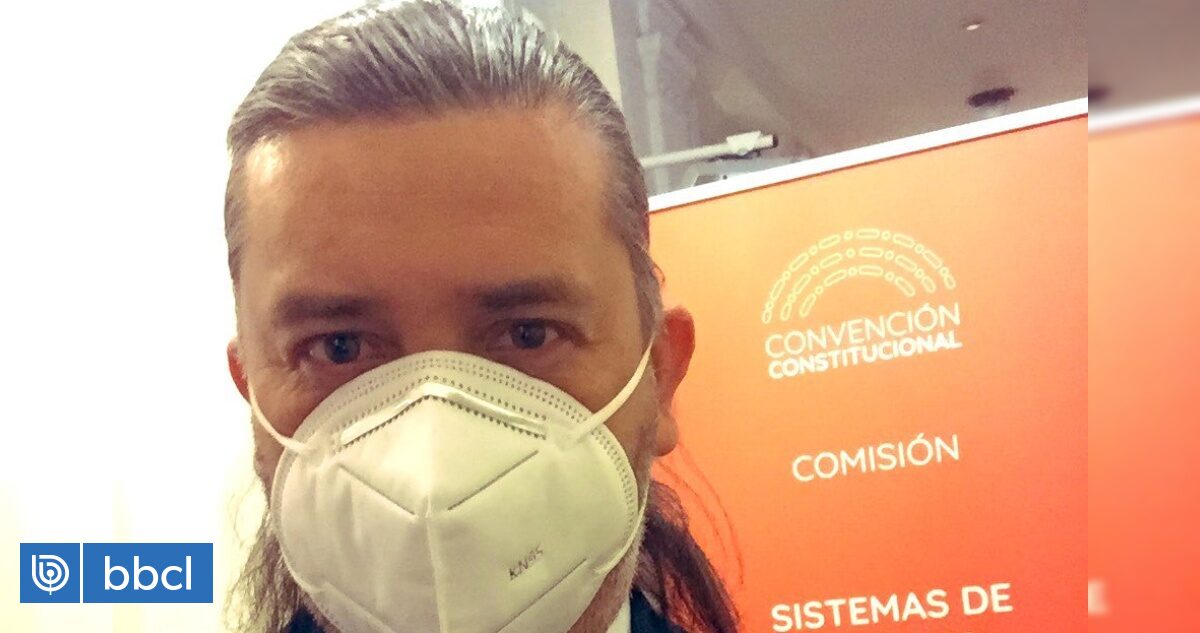 After visiting a commission of the Constitutional Convention, where he argued that judges were complicit in mutilations and human rights violations in the social outbreak, Judge Daniel Urrutia was denounced by his colleagues before the National Association of Magistrates. This resulted in a sanction that will be appealed.

The Court of Honor of the National Association of Magistrates and Magistrates determined to suspend all rights of the Judge Daniel Urrutia in the grouping, this for a period of six months.

The decision was made after a complaint filed by a series of his colleagues, after the head of the Seventh Guarantee Court of Santiago attended a session of the Human Rights Commission (DDHH) of the Constitutional Convention.

There he referred, mainly, to matters related to the social outbreak and maintained that judges were accomplices in mutilations and human rights violations.

As can be seen in the ruling, Urrutia stated in August 2021 that “behind each human rights violation there is a judge who, by action or omission, allowed said violation” and that “during the outbreak, the judiciary has served as part of the repressive deviceby endorsing and justifying the repression”.

He also stated that “if the Court (of Santiago) had ordered a halt to the use of pellets in the first protection appeal that it rejected, the hundreds of eye mutilations that we have had to suffer would not have existed… Gustavo Gatica he would not have lost his vision if the Court had applied conventionality control and protected the protesters”.

Finally, it declared that “behind each human rights violation, a judge validated or He became an accomplice or an accessory after the fact” and that “the current minister of the Supreme Court, Mrs. Rosa Egnem, covered up the case of the massacre of 19 CMPC workers, railway workers and two students from San Rosendo.”

In the opinion of the complainants, all their statements violated the honor or dignity of the associates or the association in general. In addition, they indicated that their action is that of a political activist more than a judge and asked for his expulsion from the group.

In response to the complaint, Urrutia stated that his criticisms went to the Power of attorney and to the conduct of some magistrates, not to the association.

Along with this, he said that the statements against Egnem are backed by press publications and that, faced with the accusation that he is a politician with his own agenda, he assured that as a guarantee judge adopted various preventive actions to safeguard respect for the human rights of protesters of the social outbreak.

Therefore, he requested dismiss the complaint.

Finally, the Court of Honor decided to accept the complaint. Nevertheless, Urrutia was not expelled of the association and he was only sanctioned for six months with the suspension of all his rights to the group.

In the ruling, it is stated that Urrutia’s statements are in violation of the principles of the association, “since it attributes to a group of our associates being a tool of State repression, which can only be read as an assertion of lack of independence in their duties.”

“The statement regarding attributing responsibility for the mutilation of protesters absolutely escapes the necessary debate that in democracy should guide the improvement of our function and becomes an attack on dignity and prestige of the jurisdictional function”, it was added.

However, it was determined that “the expulsion requested by the complainants and adherents will not be imposed, since being the most burdensome, and the accused not registering previous sanctions, it is estimated disproportionate to the offense committed.”

The decision will be appealed by Urrutia before the board of directors of the association, which acts as a court of appeal in these cases.

Look at the bug: