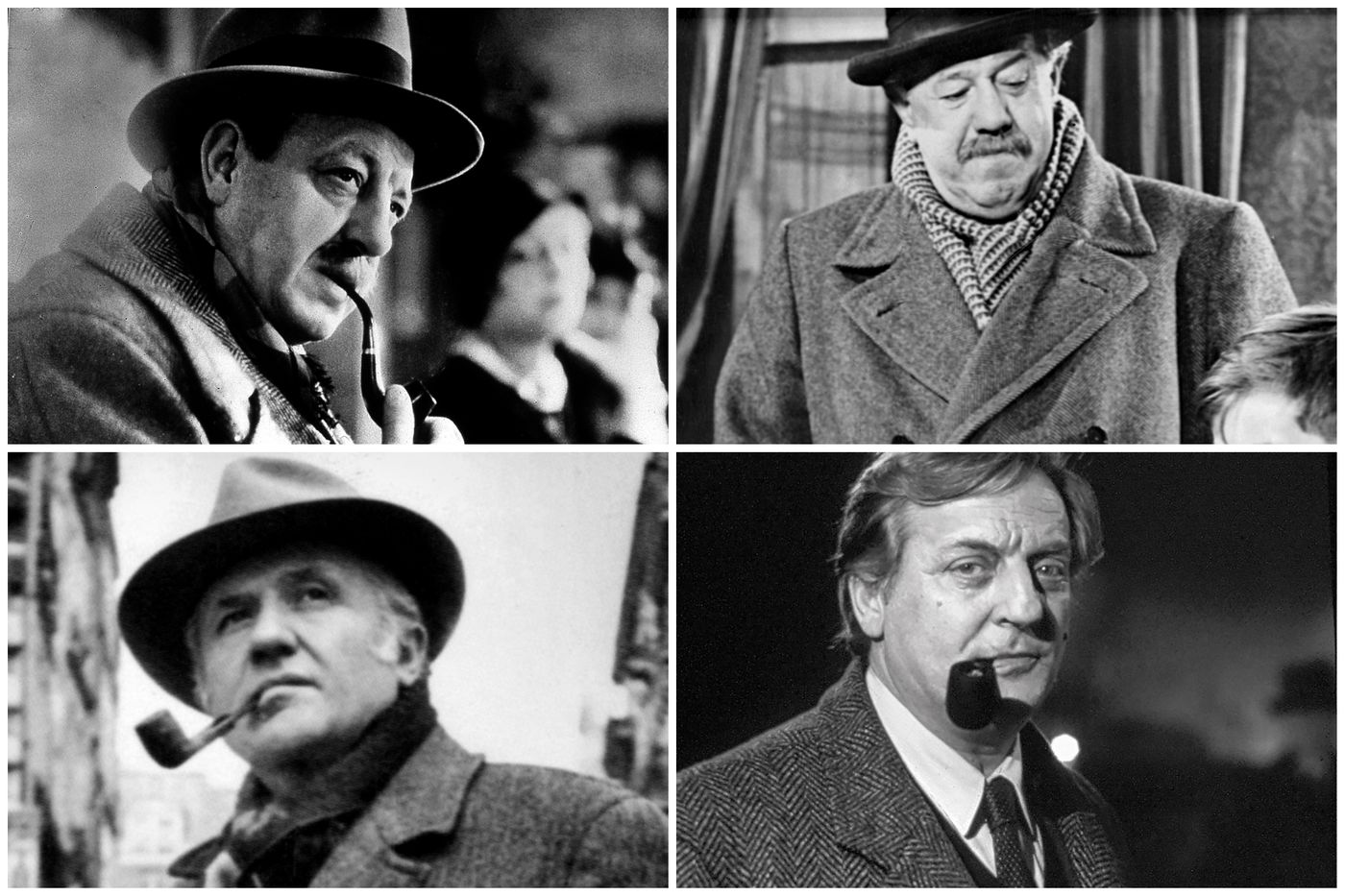 Everything is blurry, indistinct, hazy, around Jules Maigret, just like his imprecise method as well as his silhouette, the outline of enveloped forms extended by the bowl of a pipe and surmounted by an eternal galurin. A soft hat, of course. The release, Wednesday, February 23, of a new adaptation of anthology, in chiaroscuro, by Patrice Leconte, of the adventures of the hero of Simenon, portrayed wonderfully by Gérard Depardieu, can only reinforce this impression.

Officially, according to its creator, Jules-Joseph Anthelme Maigret was born on the water in Delfzijl (port of Dutch Friesland, on the German border), in September 1929, after “two-three glasses of juniper colored with a few drops of bitters”while Simenon’s boat, theOstrogoth, was immobilized, due to caulking. Unofficially, his birth certificate is lost in the nebula of the chain novels of this Stakhanovist of the pen. The exegetes believe to see it pass, in germ, since 1926, under the furtive features of a visiting doctor, to hear him being called Joseph and not yet Jules, in a two-penny investigation that its author signs under pseudonym.

The prototype of the ordinary man

Its first claimed appearance by Simenon is established in Pietr-le-Latton in 1931. His publisher, Fayard, urges him to put the cover back on. The suspects must go to the table in front of Maigret and no one else. From then on, the grumpy commissioner of 36, quai des Orfèvres, on the banks of the Seine, would take his brooding attitude to 75 novels and around thirty short stories. It will know an eclipse of a few years when Simenon, yielding to the sirens of Gallimard, will give up its frusques of popular author to launch out in the “hard novels”stamped “Story of Destiny”.

But after the war, uncomfortable in his new clothes, he left his publisher and revived his favorite character at the Presses de la Cité. Until 1972, date of the last investigation of the divisional who retired to Meung-sur-Loire. Never dying…

With his good-natured and placid demeanor, who sniffs the atmosphere to secretly stir his intuitions, Jules Maigret, the former altar boy of Saint-Fiacre (Allier), is the prototype of the ordinary man, without great qualities. Its creator wanted it that way, to distinguish it from Sherlock Holmes and Hercule Poirot, and makes it evolve without giving it a particular aura. Maigret takes advantage of his limits. His uprightness and rigor exonerate him from any suspicion of corruption. His petty bourgeois rites, his feet under the table to feast on invigorating dishes (leg of lamb, veal blanquette, fricandeau with sorrel), gently washed down, his routine married life draw a familiar setting that is found everywhere. . Her “plebeian framework”imposing but without relief, is a trap for suspects who do not smell the fine sleuth, the one who will confuse them without violence, leaving them to dissolve in the acid of their denials.

The features of Jean Gabin, Bruno Cremer or Pierre Renoir

The fascination exerted from the outset by this cop character, heavy and slow, is such that Jean Renoir does not wait. A year after its birth on paper, Maigret appears on the big screen in the guise of Pierre Renoir, in Crossroads Night, bathed in mist and darkness. We no longer count his appearances, more than a hundred. Alternately, in the cinema, Harry Baur (1), Michel Simon (2), Albert Préjean, Jean Gabin (3), Charles Laughton, then on television, Jean Richard (4) and Bruno Cremer (5) put on his overcoat , pull on his puff, distill his compassion and take on the impenetrable air of the sponge weighing in the chest his assumptions. Before deciding, infallible.

“Understand and not judge”, his motto serves as a compass. Superintendent Maigret harbors few illusions about human nature and its invariants, feels neither hatred nor animosity towards criminals, even feels close to them. He knows that anyone can become one, given the right circumstances. Behold the man. With its three-stroke engine – impregnation, investigation, resolution – it detects flaws, watches for the moment of the crack and picks up the culprits, trapped in their false truths.

This timeless antihero never gets old. Frozen in middle age, it goes through the decades without suffering the onslaught of time. On September 3, 1966, in the presence of Simenon, surrounded by the publishers who had published his investigations and the actors who had embodied him, the city councilors of Delfzijl unveiled a bronze statue of Superintendent Maigret to immortalize the happy event, pride of the cited. The birth of a universal character who never stops exploring the recesses of the human soul.