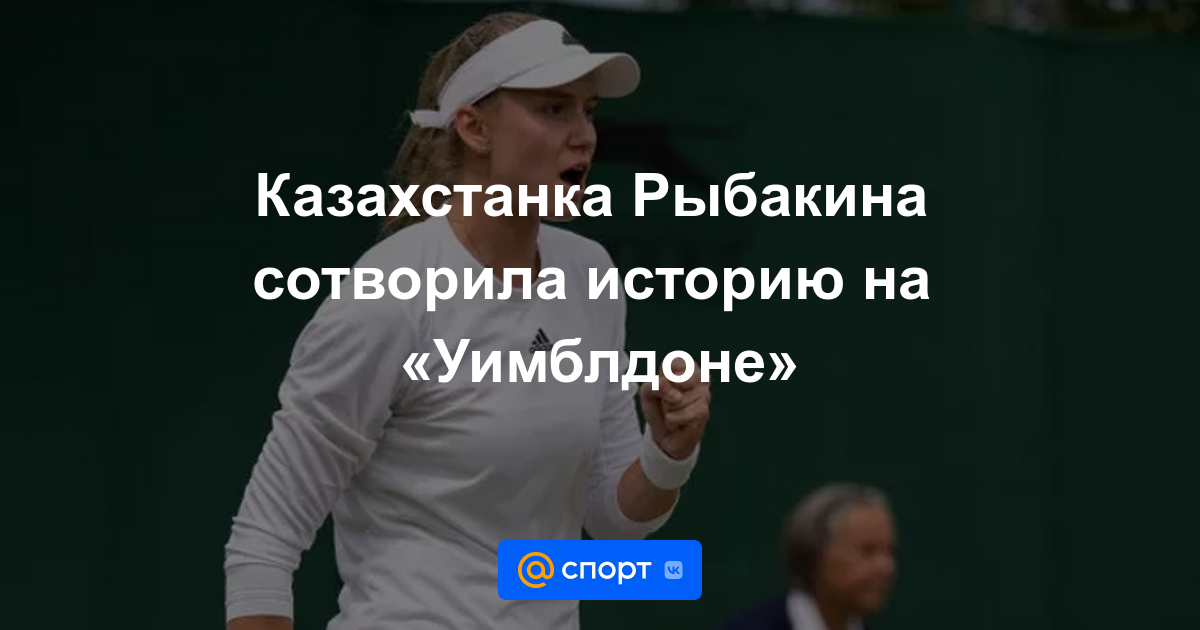 In the ¼ finals, 23-year-old Rybakina, seeded 17th, met with Ayla Tomlyanovic from Australia, who now occupies 44th place in the world ranking.

The outcome of the first game was decided by one break, which was realized by the Australian, and as a result – 6:4 in favor of the opponent.

In the second set, Rybakina took the lead 2-0, but Tomljanovich managed to make a reverse break and level the score. Nevertheless, the Kazakhstani turned the tide of the game and took the game – 6:2.

Decisive, the third set began with 3:0 in favor of the Kazakhstani. Tomljanovich tried to rectify the situation, but Rybakina did not miss her advantage and brought the match to victory – 6:2. Thus, the representative of Kazakhstan reached the semifinals of Wimbledon for the first time in her career. Last year she reached the ⅛ final here.

For reaching the Wimbledon final, Rybakina will play with the 18th racket of the world, Simona Halep from Romania.

Yasmine Sabry reveals the truth of her controversial photo