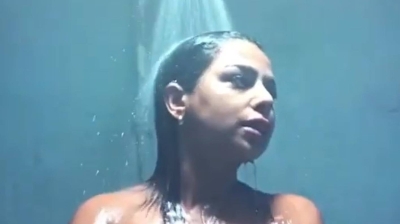 Al-Marsad newspaper: Kuwaiti actress Hind Al-Balushi sparked widespread controversy on social media because of a representative scene in the series Set Al-Hassan. Some considered his presence at work unjustified.

Some of the pioneers of social networking sites described the scene as “nakedness”, and while some attacked it, others went to justify the goal of the dramatic scene at work.

The Kuwaiti artist did not respond to the criticism, and published scenes from behind the scenes of filming the work on the social networking site “Instagram” and wrote: “A story has ended and left behind beautiful and heart-warming echoes. Thank you, my dear audience, for your appreciation, praise and sincerity of your feelings. A great responsibility and, God willing, the next one will be better.”