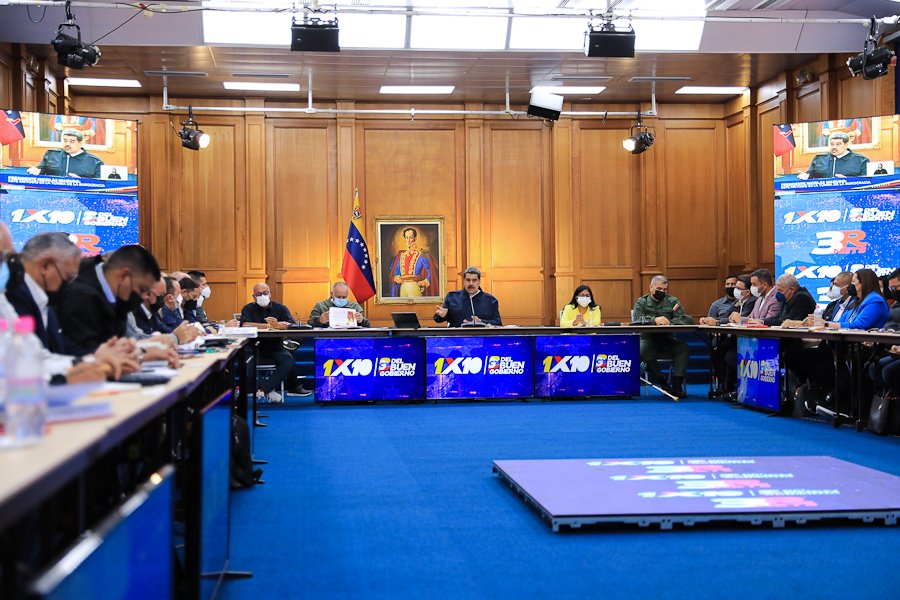 Nicolás Maduro on Monday accused his Colombian counterpart, Ivan Dukeof being behind the recent attacks that have allegedly been perpetrated against the country’s refineries and electrical system.

“The refineries are being attacked by infiltrated enemies, hidden enemies, to harm our refining complexes, to harm our people. Behind that is the right, I denounce it, the wild right, the sell-out right, behind that are the plans of Iván Duque, who is crazy, wounded, festering hatred against Venezuela,” he said. Maduro.

In a meeting with the leadership of the ruling United Socialist Party of Venezuela (PSUV) and regional authorities, the president pointed out that, this Sunday, the Paraguaná Refining Complex (CRP) -located in the west of the country- suffered “a terrorist attack” , which was controlled thanks to security measures.

Yesterday, the Oil Minister, Tareck El Aissami, reported on a fire that occurred in the Cardón refinery, which is part of the CRP, which did not compromise “any of the refinery’s operations”, which continued with “production of fuels”.

Likewise, Maduro pointed out that, on Saturday night, the El Palito refinery, in the central state of Carabobo, had also “received an attack on its electrical system, a terrorist attack.”

In addition, he assured that, recently, the Guri hydroelectric complex, the backbone of the Venezuelan electrical system, “received two attacks on its operating system.”

“They are attacking the Guri complex, the electrical system, attacking the refineries. Alert the security system (…) against these plans to harm the economic, social, political life, the life of our country, “Maduro added.

Last April, Maduro accused the Colombian president of activating “plans” to infiltrate criminals across the border shared by both nations with the aim of “attacking” the public security force, as well as ordering “a group of right-wing extremists » deepen «the terrorist attacks and the sabotage of social life and services» in the country.