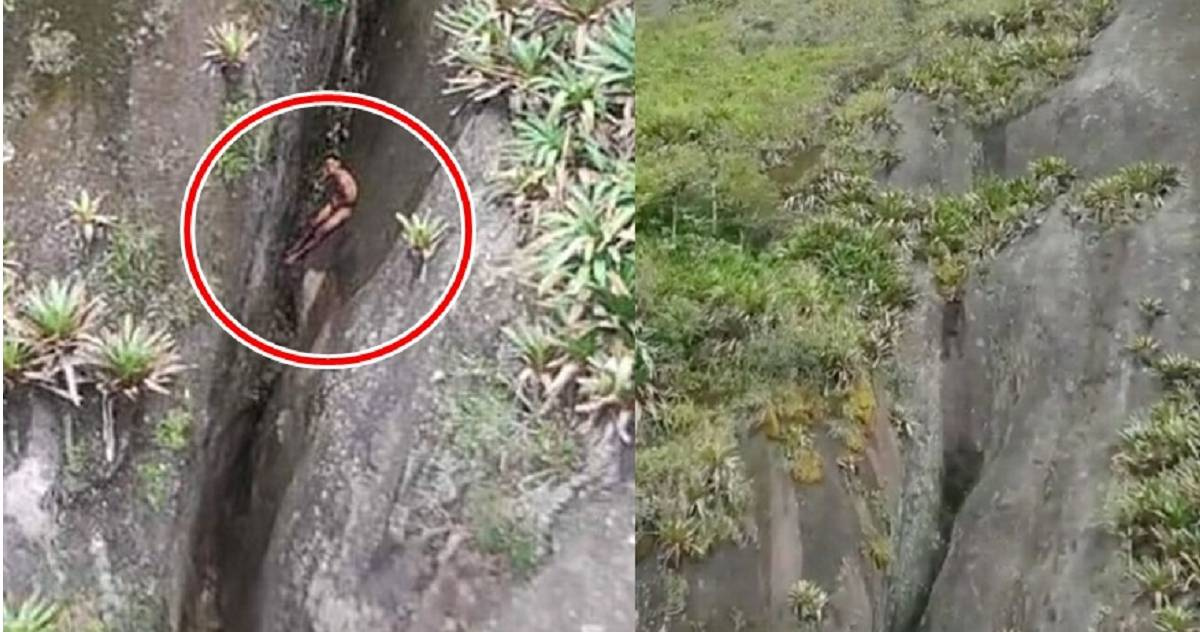 Brazil also has a devil boy? A 19-year-old boy recently suffered a bizarre crash in the state of Espirito Santo. When he was found in the nature reserve “Monte Mestre Álvaro”, he was conscious, but he was stuck naked at a depth of more than 90 meters. in the mountain wall. Although the boy was not in serious trouble after being rescued, he told the rescue team that “as soon as he woke up, he found himself completely naked”, causing a lot of discussion.

According to comprehensive foreign media reports, the boy whose name was protected was suddenly missing on the 6th of this month and was reported missing. He was not found until a tourist walked through the Monte Mestre Álvaro Nature Reserve the next day. It is reported that the tourist heard someone screaming for help at the time, but he looked around but could not find the owner of the voice, and finally found the boy in a mountain wall more than 90 meters deep.

Because the terrain of the mountain was too steep, the authorities sent a helicopter to rescue the boy in a hanging basket, but when the rescuers arrived, they found him “naked” and the boy was very conscious during the 50 minutes that the rescue team tried to lift him out , I didn’t expect that after being rescued, “it was like amnesia” and I didn’t know why I fell into the valley, let alone why I was completely naked.

The police investigation found that the teenager’s place of residence was 29 kilometers away from the reserve, and some sources pointed out that the teenager went to the reserve with his friends on the day he disappeared, but how the teenager fell into the valley and why he was completely naked is still a mystery. Fortunately, after he was sent to the hospital His health is stable and there are no major problems. In this regard, some netizens suspect that the teenager suffered from a supernatural event or even a UFO kidnapping.

In Suicide Prevention Awareness Month – Survivors speak to “Al-Nahar”: “Today I am the one I did not find”

Expert: The outdated self-made engine in mainland China can be called a common heart disease