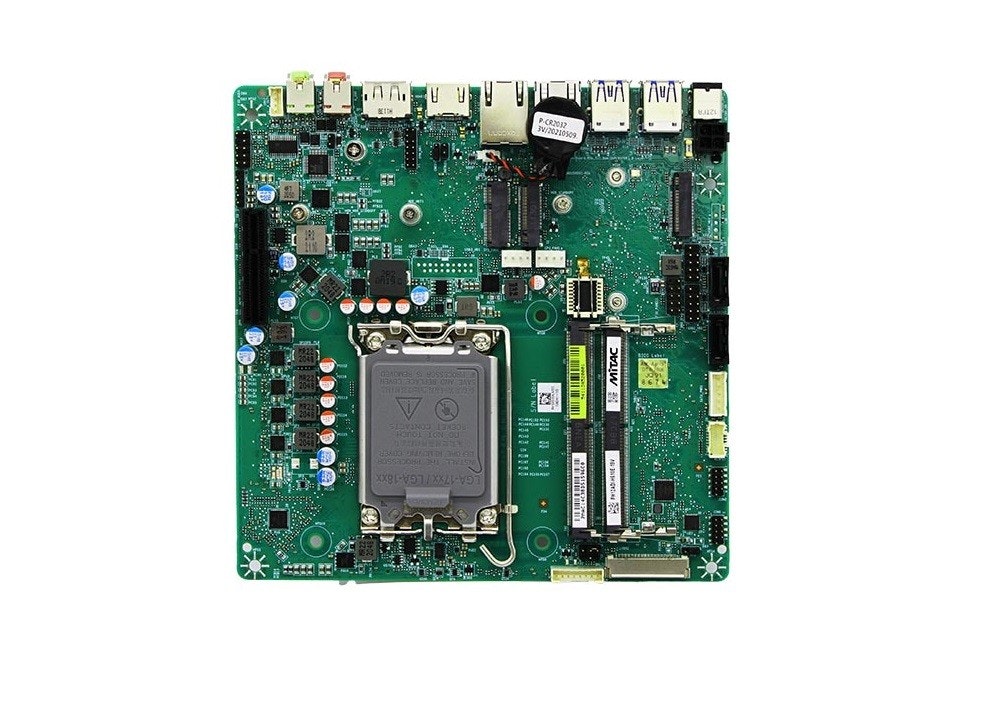 Intel sometimes due to factors such as power consumption, functionality or strategic considerations, even if the same socket is used, it may not be compatible with different generations of processors; as Intel will launch the 13th generation Core platform Raptor Lake this year, It also makes many consumers curious about whether it is compatible with the 600-series chipset launched by Intel in response to the Alder Lake platform at the end of last year. With the PH12ADI industrial motherboard announced by industrial computer brand MiTAC recently, it seems to suggest that the 600 series chipsets are compatible with the 13th generation platform Raptor Lake.

▲Although the processor only lists support for Alder Lake, the memory specification mentions that using Raptor Lake-S can support DDR5 5200MHz

PH12ADI is an industrial motherboard in the form of Mini-ITX, you can choose H670, Q670 or H610 chipset, although the description only says that it supports the 65W version of the 12th generation Core Alder Lake processor, but in the memory specification Part of it is interesting; in addition to the SO-DIMM memory that supports two DDR5 4800MHz, it also reads Support 5200MHz on Raptor Lake S, which is equivalent to suggesting that the 600 series motherboards have the ability to support Raptor Lake processors, and the memory The native speed will also be increased to 5200MHz.

Although Mio’s PH12ADI in disguise hints at the possibility of Raptor Lake support in the 600 series, the 700 series chips will still bring additional benefits, in addition to potentially providing better power and memory clocks, it will also bring native PCIe Gen 5. M.2 SSD slot.

However, if it is assumed that Intel’s motherboards with consumer-grade 600 series chipsets support Raptor Lake through firmware upgrades, is it possible to strategically view 600 series motherboards that provide DDR4 memory as a means of using DDR4 for Raptor Lake, and 700 series chips Both only support DDR5? After all, the competitor AMD has fully announced that the next generation will only support DDR5 memory. Players who choose DDR4 memory are usually cost considerations. Perhaps the 700 series chipset will be rare or even unable to see DDR4 memory.

European health agency issued a new alert on the disease

Does Colombia choose between two populisms?