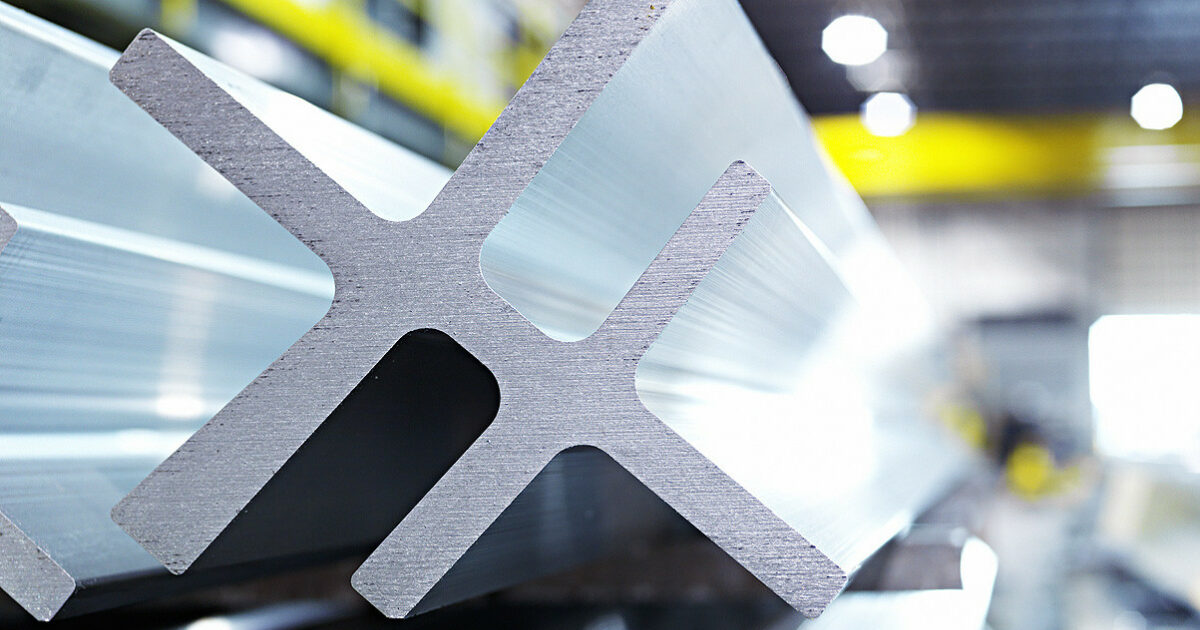 The rapidly increasing construction rates of the major aircraft manufacturers (OEMs) are providing an upswing in the aircraft industry. The Montana Aerospace Group, which consistently stuck to its growth strategy even during the Corona crisis, is benefiting from this.

In the past 48 months, more than 600 million euros have been invested in the expansion of competencies and production capacities, a significant proportion of which went into the construction of the three new extrusion lines in Europe, which have successfully completed their first test phase and will in future make a substantial contribution to sales – and earnings development will deliver.

In addition to a production line for seamless tubes made of special alloys and an extrusion line for titanium and hard metal profiles, one of Europe’s largest and most efficient large-format extrusion lines for the production of up to 30 meter long aluminum wing structures was put into operation. All three systems are already in the qualification phase of the major OEMs and will go into series production at the end of 2022.

“With the commissioning of our new facilities and the integration of the ASCO Group, we are ready for the next big step in our corporate development. We are currently seeing incredible growth momentum among the leading aircraft manufacturers and can fully leverage our unique positioning as a vertically integrated one-stop-shop supplier.

The goal is to gain further market share through manufacturing quality and our physical proximity to the OEMs,” said the two new Co-CEOs Kai Arndt and Michael Pistauer in unison. “With the expansion of our product range and the expansion of our production capacities, we are in a position to serve our customers from the aviation industry locally to local and to support them in the implementation of their ambitious increase in construction rates and in achieving their ESG goals in the best possible way”.

By locating further extrusion plants in Europe, Montana Aerospace is significantly reducing both delivery times and transport routes for its customers. This competitive advantage is already reflected in the order acquisition, which is on or already above plan.

“By moving our production sites as close as possible to the world’s leading aircraft manufacturers, we significantly reduce the CO2 balance of our components,” says Silvia Buchinger, who is responsible for the group’s ESG strategy on the Executive Committee at Montana Aerospace, and she adds: “Through the extrusion process step, we save a considerable volume of valuable metal residues and also have an efficient recycling process with which we can feed 100% of our metal residues back into the production process.”

As planned and announced, the newly formed management team around the two Co-CEOs Kai Arndt and Michael Pistauer as well as CHRO Silvia Buchinger will take over the management of Montana Aerospace AG on July 1 and will continue on the growth path that has been set.

Markus Nolte, former CEO, and Herbert Roth, former COO, are resigning from the Executive Committee at their own request. Markus Nolte will continue to support the company in an advisory capacity and as a member of the Board of Directors of Alu Menziken. Herbert Roth will return to the parent company Montana Tech Components, which he has successfully supported for more than 20 years, and will assume a strategic role there.

“We have decided to add an experienced HR director to the Executive Board and to appoint two Co-CEOs at the helm of the company in order to fully exploit the opportunities in all three business segments – Aerostructures, E-Mobility and Energy – and the ones taken to continue on the growth course. Our goal was to create an integrated aerospace supply chain, as has been practiced in the automotive industry for many years. To this end, in 2019 we hired Markus Nolte, an experienced man from this area,” said the two Presidents of the Board of Directors, Michael Tojner and Tom Williams.

With 30 years of experience in the aviation industry and management functions at Airbus and Premium Aerotec, Kai Arndt, who was appointed COO of the group in December and CEO of the Montana Aerospace subsidiary ASCO in March, has the strategic management of the business segment ” Aerostructures”. CFO Michael Pistauer was appointed as the second Co-CEO and has taken over the strategic development of the E-Mobility and Energy business segments, as well as retained his agenda as Group CFO.

A discreet CEO equipped for the future