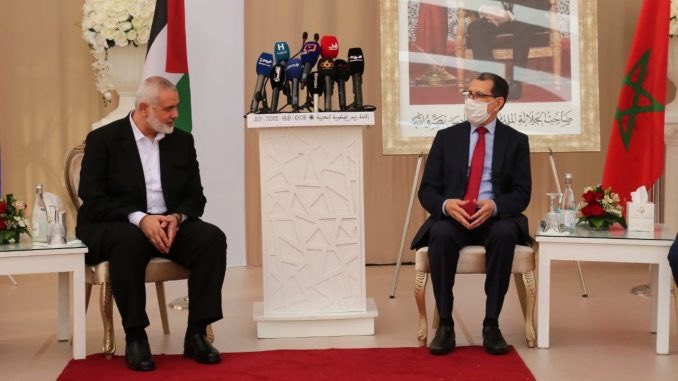 The head of the Israeli liaison office in Rabat wants Moroccan mediation between his country and the Palestinian Islamist movement, Hamas. “We really believe that Morocco can play a very important role, as it did in the 80s and 90s. We believe that Morocco can play this role again, because it has very good relations with Israel and with other countries. other Arab countries”, indicated David Govrin in statements to The Media Line.

For the record, under the reign of Hassan II, the kingdom succeeded in convincing the head of the Palestine Liberation Organization (PLO), Yasser Arafat, to move away from armed confrontation to take the path of negotiations with the Israelis. A process that led to the conclusion of the Oslo Accords in September 1993.

The kingdom rolled out the red carpet in May 2021 to receive the head of the political bureau of the Islamist organization, Hamas. The Ismaël Haniyeh visit benefited from the royal sponsorship. The warm welcome reserved for the Palestinian, with the bonus of the dinner offered by King Mohammed VI in honor of Haniyeh, had fueled speculation about a possible Moroccan mediation between Israel and the Hamas movement.

Morocco is however not the only state in the region able to play the role of mediator between Israel and Hamas. Besides Egypt, there are Qatar and Turkey. The Turkish Foreign Minister traveled to Jerusalem on Thursday, May 26, where he met his Israeli counterpart, Yair Lapid.