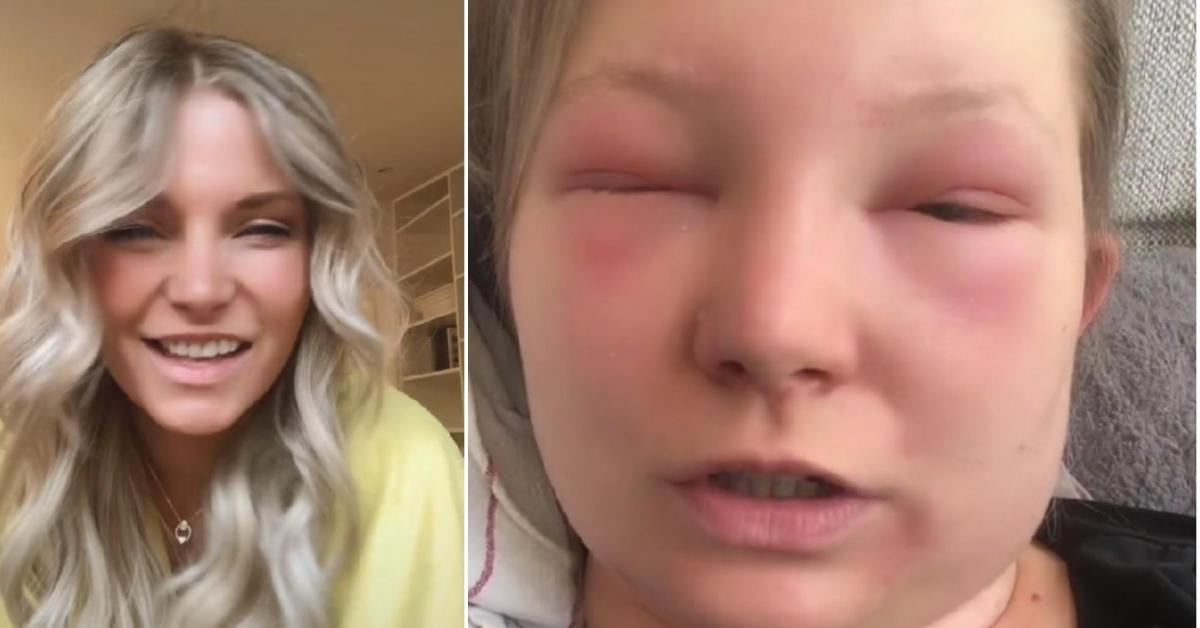 Yasmine, a young mother of two little babies aged two months and originally from Flanders, had a very violent allergic reaction to the coloring of her hair.

Never specialists and dermatologists will say it enough, test the products on a small part of your body before you spread with them. In fact, it is true that it is often much easier said than done. But it could still avoid this kind of more than undesirable mishap.

Indeed, it is rather because of the violent allergic reaction that she did following the coloring of her hair. “My head really swelled up and I freaked out,” she said on the Tiktok network where she posts “before after” videos of herself and also updates her followers on her reaction.

She explains: “The first violent reactions appeared 24 hours after I redid my color. Then everything went very quickly. I started to hurt, my face swelled, I thought my forehead was going to explode. I went to the hospital where they preferred to keep me under observation, they gave me a cortisone injection. Then it got even worse. So I went to see my GP and received another dose of cortisone. »

For the past two days, she has been giving her news via her networks. If an improvement is clearly visible, it is still very marked by this allergy.