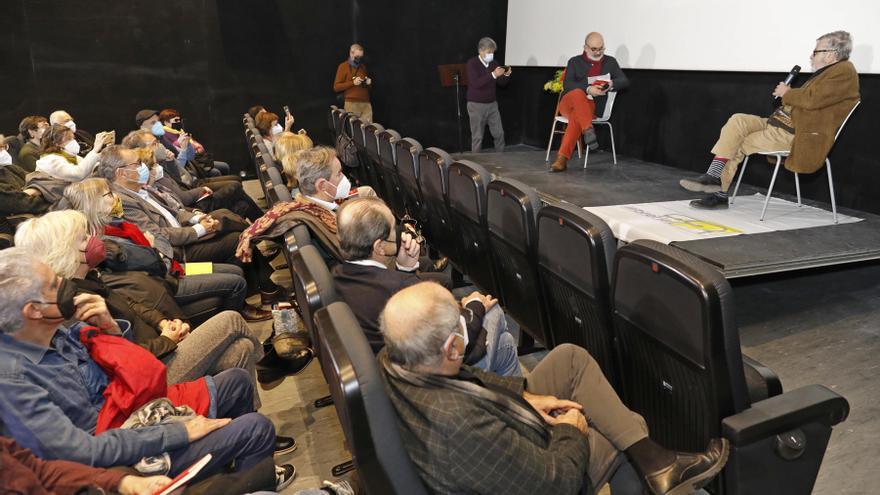 A moment from the event held at the Truffaut cinema.
ANIOL RESCLOSA

“My poetry tries to excite the reader.” This is how the Girona poet, plastic artist and columnist defined his work Narcís Comadira, in one of the archive images that formed part of the video that opened this Saturday morning, at the Truffaut cinema in Girona, a presentation of the poem collection Human movements (Edicions 62), in the key of a birthday party -no more and no less than eighty-, which was attended by a large group of friends and acquaintances.

In an event led by the writer and journalist Josep Maria Fonalleras and animated by the bookseller and cultural activist Guillem Terribas, friends such as Carles Torné, the sommelier of El Celler de Can Roca Josep Roca, Albert Om, Irene Rigau or the Jaume brothers, Quim and Pep Nadal have been on stage in the cinema to congratulate Narcís Comadira and read some of the poems that are part of the play, published five years later Manera negra, thus also remembering some of the anecdotes lived with the Girona poet.

Fishing for big… and small