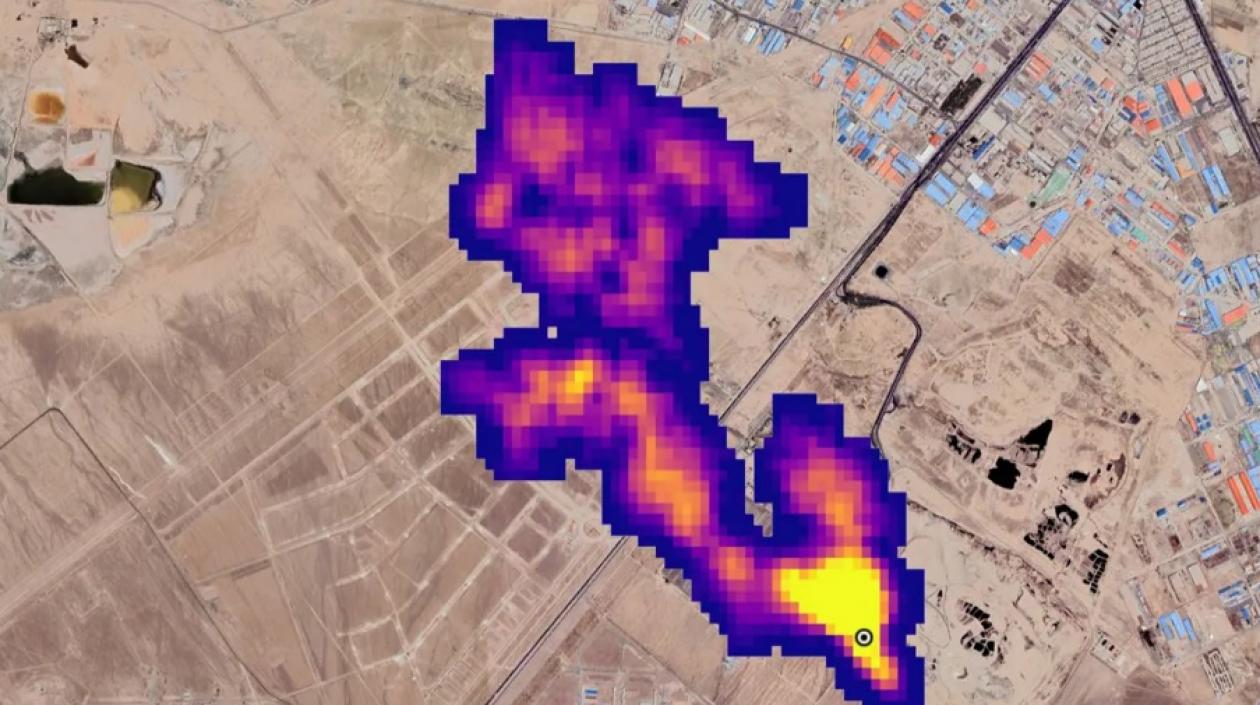 An orbital instrument of the space agency NASA identified in central Asia, Middle East and the southwest of USA more than 50 installations and equipment “super emitters” of methane gas that pollutes the atmosphere.

The Investigation of Mineral Dust Sources on the Earth’s Surface (EMIT) instrument was installed on the International Space Station in July.

“The control of methane emissions is key to limiting global warming”NASA Director Bill Nelson said in a statement.

The agency explained that EMIT is developing a map of the prevalence of minerals in the planet’s deserts that raise dust into the atmosphere to deepen the knowledge of the effect that dust in the air has on the Earth’s climate.

Methane absorbs infrared light in a unique pattern, known as “spectral fingerprint”which EMIT’s imaging spectrometer can discern with great precision and can also measure the presence of carbon dioxide.

Methane emissions are a fraction compared to carbon dioxide and its contribution to atmospheric heat, but scientists estimate that it is 80 times more efficient at capturing heat in the atmosphere in the 20 years after emission.

Andrew Thorpea researcher at NASA’s Jet Propulsion Laboratory in southern California noted that some of the methane clouds identified by EMIT “are among the largest ever seen, unmatched by any other observed from space.”

EMIT detected a cloud about 3.3 kilometers long southeast of Carlsbad, in the Permian Basin, one of the largest oil fields in the world that extends into parts of southeastern New Mexico and western Texas.

In Turkmenistan the EMIT identified twelve clouds originating from oil and gas infrastructures east of the port city of Hazar, on the Caspian Sea. Stretched by the wind to the west, some of the clouds extend for more than 32 kilometers.

According to Nelson, this instrument has proven to be “a fundamental tool to measure this gas that contributes to the greenhouse effect, and to contain it at its source”said the official.