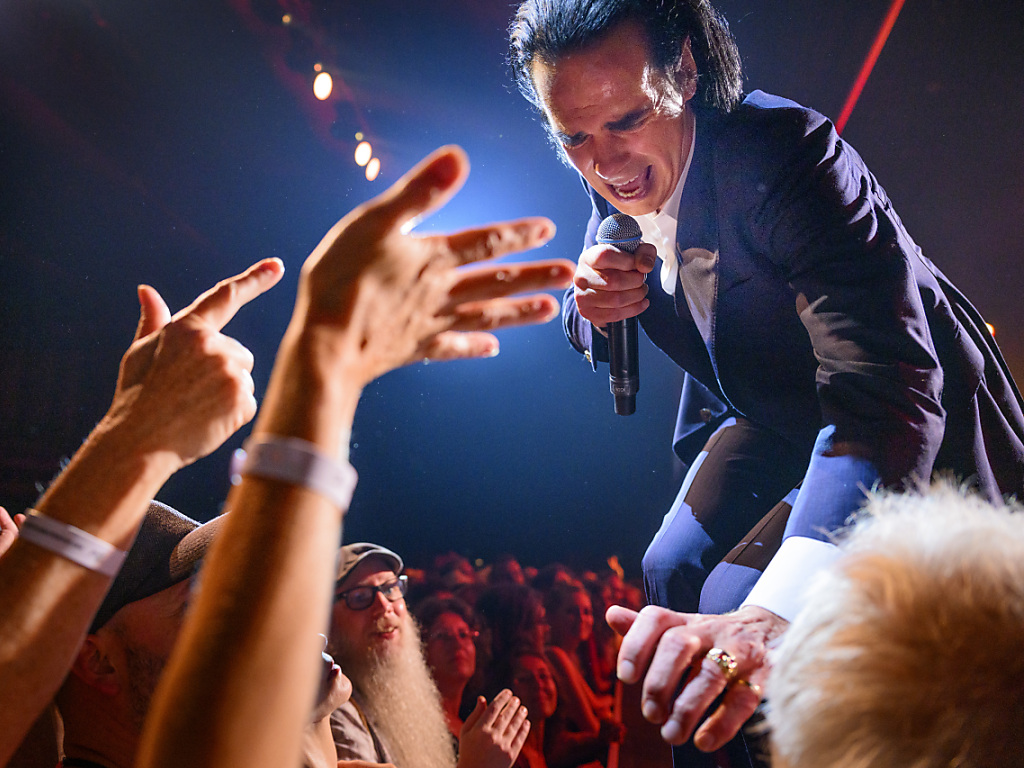 For more than two hours, Nick Cave and The Bad Seeds thrilled the public at the 56th Montreux Jazz Festival on Saturday evening. The gig was an emotional string of showdowns – and for some fans, a job too.

From the first songs, the Australian gathered a handful of tall and strong spectators at his feet. Gesturing to the following ranks to approach, he apologizes to those whose view is now obstructed.

The start of the concert at the Auditorium Stravinski is already a small tour de force. With the opening track ‘Get Ready for Love’, the mood rises in seconds. From the third track ‘From Her to Eternity’, the Bad Seeds already perform their first epic moments.

Elsewhere, it might be the last piece of the encore, and then everyone would go home drunk. But here it is only the beginning, the storm before the great calm, which Nick Cave, 64, begins shortly after with ‘O Children’, a song for children known thanks to one of the films ‘Harry Potter’.

The big guys in the first row have now understood why they are there. More than once already, Nick Cave has leaned on the public, supported by these ‘chosen ones’. Being in the front row at a Nick Cave concert is not only a great pleasure, it’s also a job.

During the quieter titles, we listen to Nick Cave, poet and great storyteller, talking about galloping horses (‘Bright Horses’), waiting for the awakening of his love (‘Waiting for You’) or his own transformation (‘ Jubilee Street’).

Taken from the 2016 album ‘Skeleton Tree’, ‘I Need You’, the song dedicated to his two remaining sons, Luke and Earl. Her son Arthur died in an accident in 2015, aged 15, and her other son Jethro died this year – aged 31. ‘Keep breathing’, repeats Nick Cave at the end of the song – ‘keep breathing’.

The formation is racing again, the second showdown of the evening has begun. In a quiet moment, fans shout to their ‘living hero’ that they will always love him more than he loves them. ‘No’, contradicts the musician, who calls his Montreux audience the ‘Good Seeds’.

Lenovo Legion Halo spotted with Snapdragon 8 Plus at TENAA