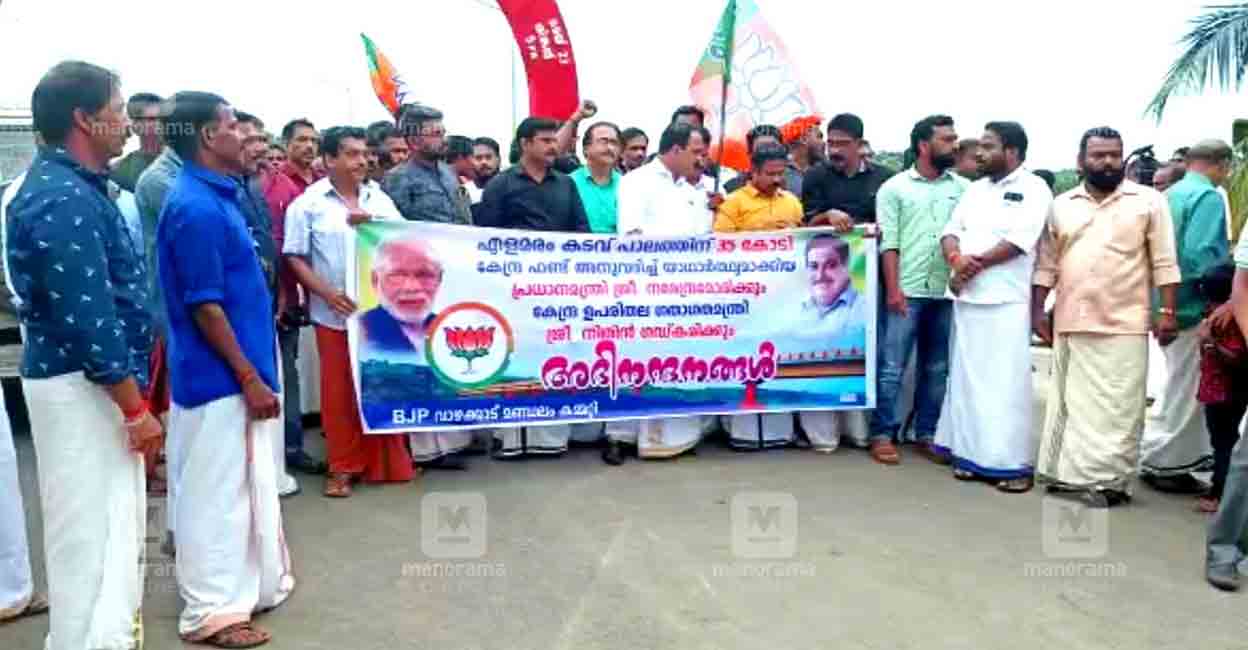 Kozhikode: The BJP district committee on Sunday inaugurated the Elamaram Kadavu bridge, which is scheduled to be inaugurated on Monday. BJP district president VK Sajeevan, who presided over the inauguration, said the state government had applied to the Center to build a bridge here as per the directions of Union Minister Nitin Gadkari.

The bridge was constructed with funds of `35 crore included in the central plan. The construction of the bridge was inaugurated by the then Minister KT Jaleel. BJP leaders were excluded from the inauguration function on Monday. Sajeevan said the state government was accusing the central government of neglecting Kerala.

Sajeevan said that the public inauguration was held on Monday to protest against the arrival of the minister who was coming to inaugurate the bridge. The bridge is built across the Chaliyar connecting Kozhikode and Malappuram districts.

At the same time, Public Works Minister PA Mohammad Riyaz said it was a good idea to inaugurate a project in public. There is nothing wrong with holding such popular events. When it comes to development, the government only thinks that the country will benefit, not the competition for the Everling Trophy. The CCRF fund can be said to be a central fund if required. He said the funds were being collected from various places.

Is the smallpox vaccine completely effective against monkeypox?