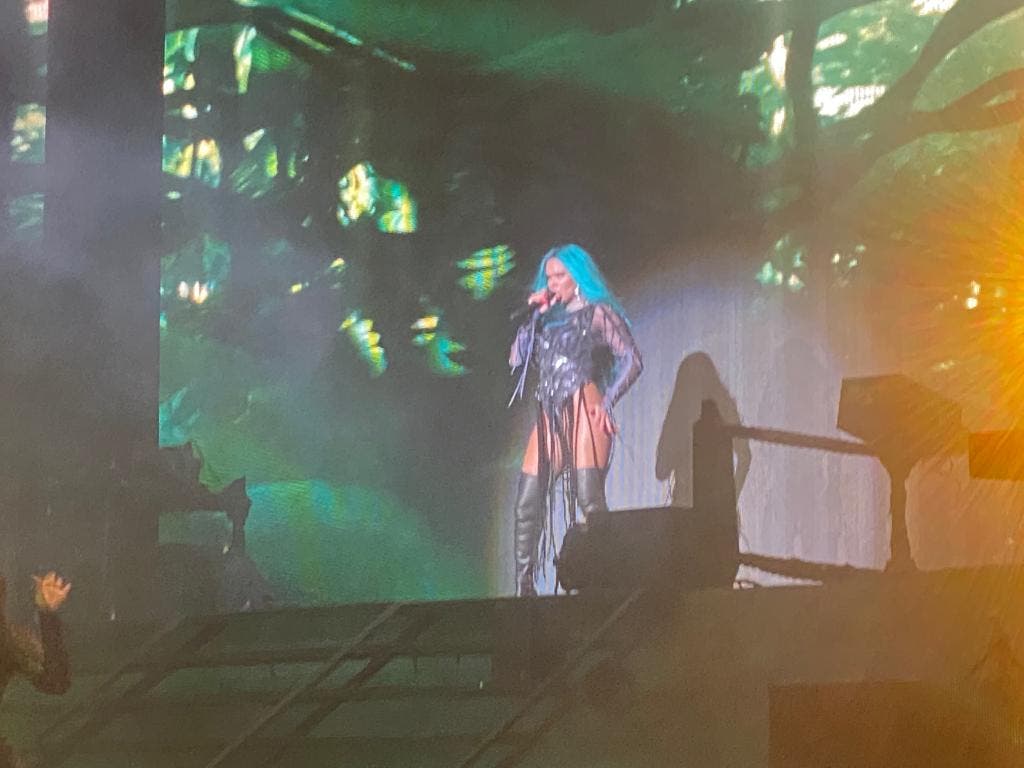 The artist offered a spectacular night to the woman.

The Colombian singer Karol G. was presented yesterday Saturday at the amphitheater of Altos de Chavon, in a concert that far exceeded the expectations of the public. The artist presented a show full of emotions in which she showed an empowered, strong, independent and self-confident woman showing what it means to be a “Bicota”.

Despite the noise created by her ex-partner, the Puerto Rican reggaeton player Anuel AA and the urban performer Yailin “La más viral”, who days before the concert confirmed a romantic relationship, Karol G gave herself body and soul to the Dominican public who received her with open arms in a night enjoyed by all.

The singer opened the show with the song “Se jojó to”, a theme in which she precisely alludes to the liberation of ending a relationship in which she felt pressured. Wearing various and provocative outfits Karol G was accompanied by a body made up only of dancers, in addition his technical and musical team was made up exclusively of women.

Between one theme and another, the successful artist launched several hints and motivational phrases for women who are going through difficult love situations with which she also identified, while sending messages of support.

“Let it be clear that now they are nights of hanging out and not crying,” said the artist before singing one of her famous songs.

Those attending the show sang each of the songs performed by the Colombian, who was only accompanied by a guest artist, who was the surprise of the night, the emerging reggaeton player, Eladio Carrión, took the stage to sing a duet with Karol G the theme “I do not wish you evil” that has received worldwide public acceptance and has more than 20 million views on YouTube.

The couple of urban artists made up of “Toxic Crow” and “Insuperable” were seen among the concert audience, however, despite the general image of them being a very close couple, they were seen somewhat apart at the concert of Karol G, since they were several rows away enjoying the show separately.

Although this situation was not an obstacle for the “Swagger’s Mommy” to go to KArol G’s dressing rooms to share a moment with her and take photos together. This situation triggered the comments on the photo posted on the social network and Instagram account of the “Insurmountable” (@lainsuperable) with Karol G. (@KarolG) and there was no shortage of people who asked about a possible future collaboration between the two artists.

It is recalled that the couple recently went through a public impasse with the social media personality known as “Mami Jordan” who claimed to have had a romantic relationship with the urban Toxic Crow, a relationship that was denied by the artist while the Insuperable minimized the situation by not giving importance to the woman’s statements.

On a technical level, Karol G’s concert in Altos de Chavón was a display of lights and special effects that kept attendees entertained and expectant of what would be staged next.

The artist gave those present a sensual show without falling into bad taste or vulgarity. He performed all his greatest hits offering a show of considerable length that could be enjoyed from start to finish.