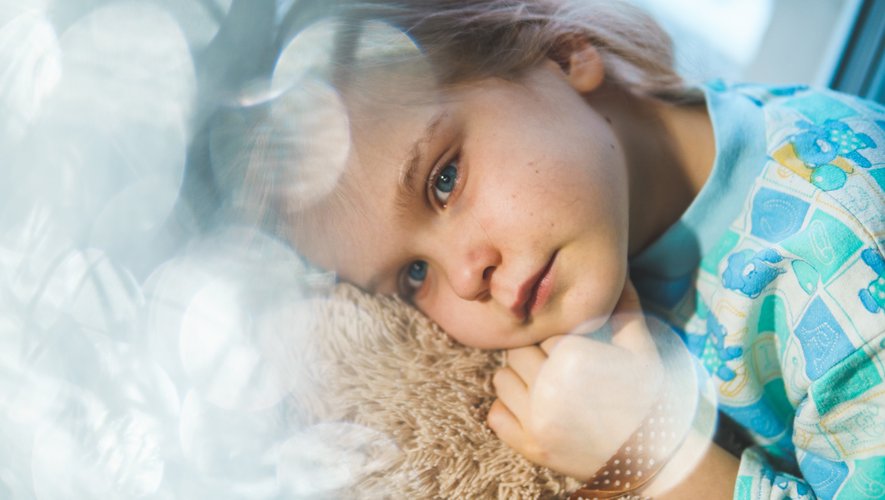 Pims syndrome is spreading more and more among young children. This inflammatory disease due to contamination with Covid-19 remains rare but dangerous. Public Health France is renewing its alert this Thursday.

“On observe a very marked increase of the number of cases of PIMS“, alert this Thursday Public Health France in a report and to add that “the amplitude of the current wave could turn out to be greater than that of the previous wave”.

This disturbing pediatric multisystem inflammatory syndrome mainly affects young children and forms one of the main serious forms of Covid in minors. The risk: a possible “cardiac decompensation in the acute phase”, indicates the HAS.

the pediatric multisystem inflammatory syndrome, more commonly known as PIMS, is a rare but potentially serious condition. As early as April 2020, French pediatricians reported an abnormal increase in cases resembling Kawasaki disease and cases of myocarditis in children who had recently contracted a SARS-CoV-2 infection. “The pathophysiological mechanisms of PIMS are poorly understood and the hypothesis of an inappropriate hyperactive immune response, notably involving cytokines, is described in the literature”, explained on January 18 the High Authority of Health (HAS).

And to indicate that “fairly simple” biological tests can confirm a diagnosis of PIMS. However “any suspicion implies hospital care without waiting for the results”, insists the HAS.

Thereby, 849 cases linked to Covid-19 have been identified since the start of the pandemic. A rare but dangerous syndrome, especially as Public Health France notes “a very marked increase“since the end of December, with around twenty cases identified each in the last few weeks.

Of the 849 children, most often under the age of 11, all had to be hospitalized. Of which 42% in intensive care. Boys would be more affected since they represent 60% of hospitalizations. Impossible for the moment to make a generalization given the low number of cases in France. The median age of the cases was 7 years old (25% of the cases were ≤ 4 years old and 75% ≤ 11 years old), specifies SPF.

A 9-year-old child died in a picture of systemic inflammation with myocarditis, also indicates the report.

A pathology that is triggered weeks after contamination with Covid

problems, the symptoms evocative are not very specific. This can lead to a delay in diagnosis, especially since SARS-CoV-2 infection is often not very symptomatic, or even asymptomatic, in children. The clinical picture of the PIMS associates fever (often above 39°C), deterioration in general condition (apathy, extreme asthenia, loss of appetite, chills, pallor, diffuse pain) and digestive disorders (abdominal pain, diarrhoea, nausea, vomiting).

“A mean time to onset of PIMS four to five weeks after infection with SARS-CoV-2 is frequently observed (very clearly during the first wave of the epidemic)”, SPF alert.

Many cases in Occitania

In its latest report, the agency also indicates that Occitania is one of the regions most affected by the syndrome.

Vaccination as a remedy

On December 22, the Minister of Health, Olivier Véran, formalized access to anti-Covid vaccination for children aged 5 to 11 years. According to a recent study by the Assistance Publique – Hôpitaux de Paris (AP-HP), this vaccination would reduce the risk of pediatric multisystem inflammatory syndromes.

Triathlon: Lilly Zednikova: With flowers and bike to Hawaii – Rems-Murr-Kreis

Acute hunger would skyrocket in Colombia and other countries: UN – Environment – Life