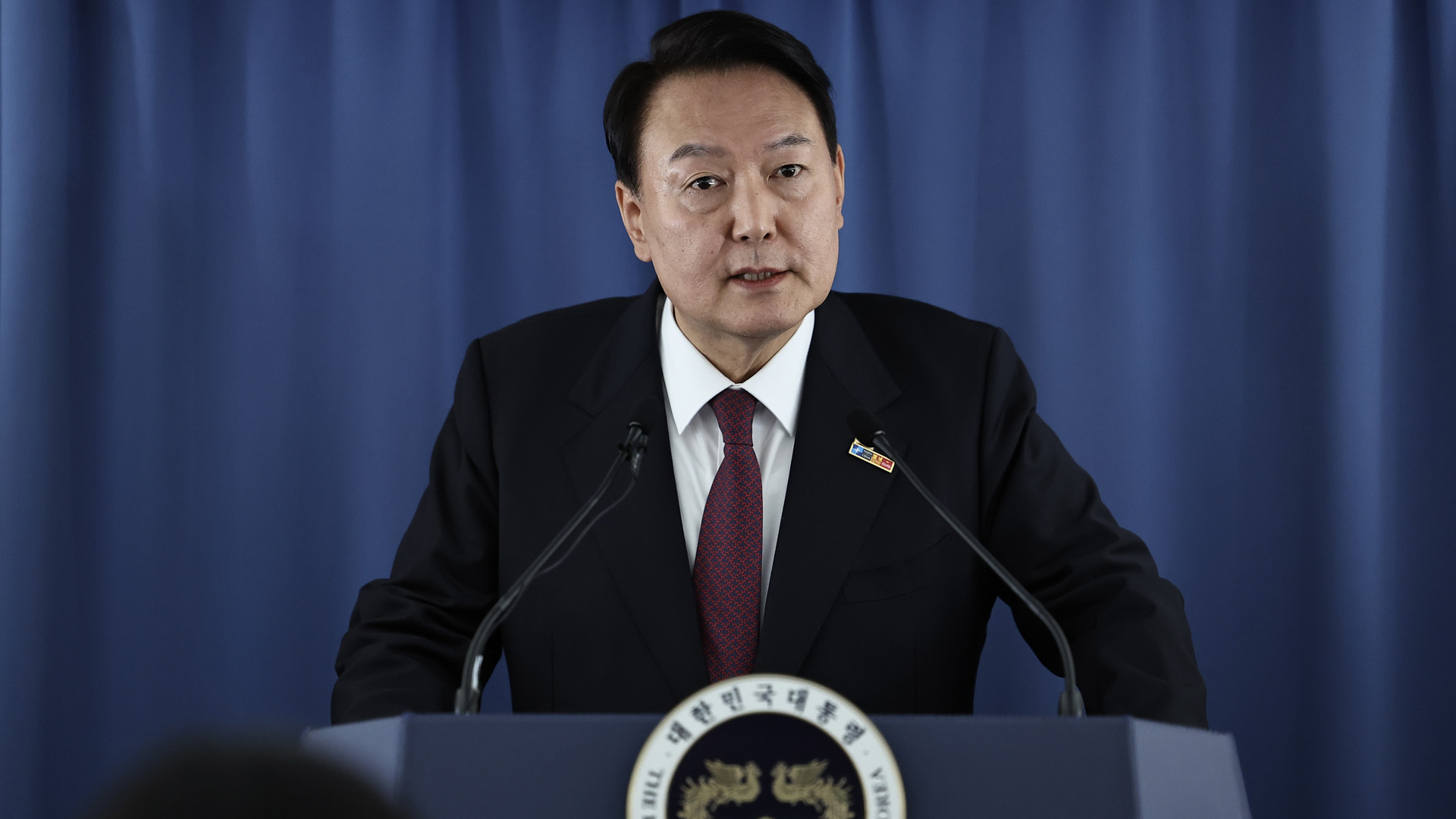 After his first overseas visit, President Yoon Seok-yeol met with reporters on a private plane on his way home.

At the Korea-US-Japan trilateral summit, President Yoon cited the restoration of cooperation between the three countries toward North Korea as a representative achievement for the first time in nearly five years.

This is reporter Bang Hyun-deok.

As the aircraft ascended into the sky and reached a stable altitude, it immediately stood in front of the podium.

President Yoon said that his visit to Spain, which also attended the NATO summit, “was a beneficial opportunity to discuss various issues between the two countries.”

He cited the Korea-US-Japan summit as the most meaningful event, and evaluated that cooperation between the three countries against the North Korean nuclear program was restored after four years and nine months.

“We agreed with the principle of certain military security cooperation that has been suspended for a long time to respond to the North Korean nuclear program, and that it is desirable to resume these aspects…”

President Yoon said he also confirmed the position of NATO member states that a tough response to North Korea’s nuclear program is necessary.

He also expressed his will to improve relations between Korea and Japan, which had been strained for a long time.

In particular, he said that he would solve past problems and future cooperation plans at the same time.

“If there is no progress on the issues of the past between the two countries, the mindset that current issues and future issues cannot be discussed should be avoided, and we can discuss them all together…”

Toward China, who opposed South Korea and Japan’s participation in the NATO meeting, he reiterated that “I am not trying to exclude a specific country.”

It also introduced the achievements of ‘sales diplomacy’ for nuclear power and defense industries.

He said that he persuaded European leaders by handing them brochures about nuclear power plants, who had a growing sense of energy security crisis due to the Ukraine war.

“I explained it this way. Our Korean nuclear power plant is the cheapest, safest, and fastest construction in the world.”

The Meteorological Department warns of “Tropical Storm Chaba”, heavy rain – flooding in the province. Check it out!