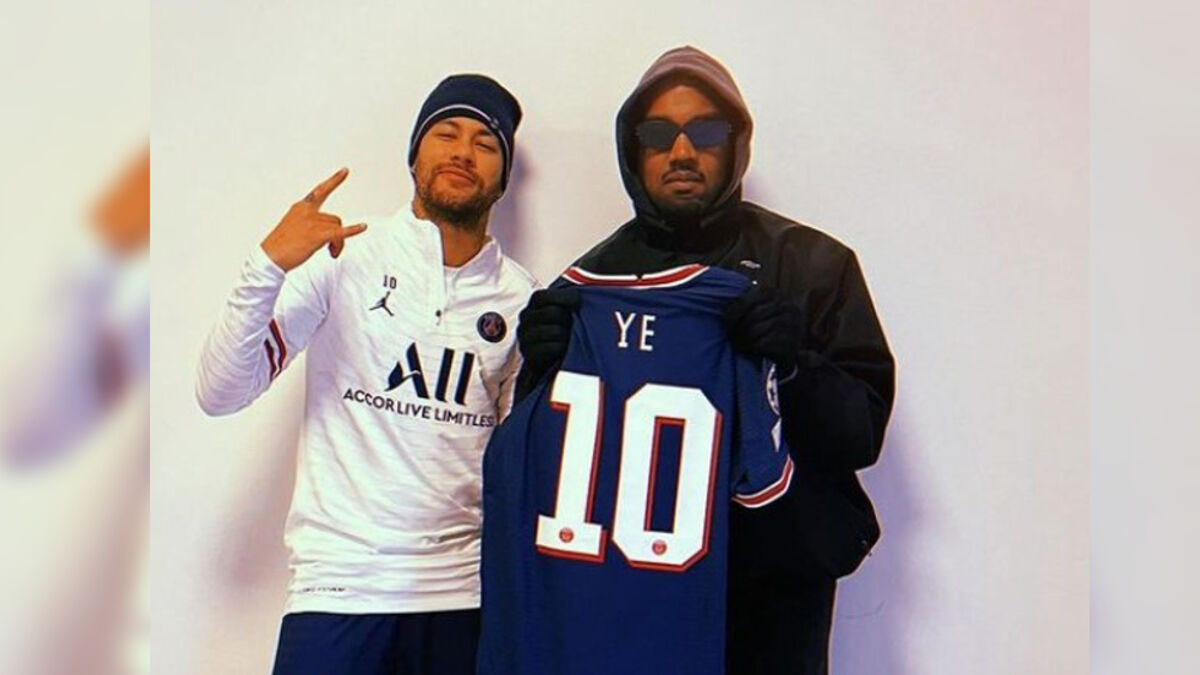 We knew the PSG training center filled with football stars. Now it also welcomes those of US rap! This Wednesday morning, the famous rapper Kanye West made a detour to Camp des Loges.

The one who is now called “Ye” has not had the opportunity to perfect his tactical knowledge in terms of football. The training session of the day being scheduled for this Wednesday afternoon, the interpreter of “Gold Digger” has indeed had the opportunity to meet only the players present in care or for indoor work.

Among them, of course, was Neymar, who should soon return to racing following his ankle injury, and whom the rapper had specifically come to see at Camp des Loges. It is also with the Brazilian that the one who is divorcing Kim Kardashian posed in front of the objectives when receiving a flocked number 10 jersey with his name (Ye) between the shoulders.

Kanye West, 44, is not the first international star to visit PSG players. Several athletes, from Ronaldo to the late Kobe Bryant, passing by the back of the Miami Heat Jimmy Butler, had already passed through the training center. A path that singers Michel Telo and Alpha Blondy had also taken. But Kanye West is the first American rapper to invite himself there. This weekend, he was with his new companion Julia Fox, among the VIPs placed in the front row of the Kenzo fashion show, at the Vivienne gallery, where Pharrell Williams also appeared.

Shortly before, the rapper had made a strong impression at the Palais de Tokyo at the Rick Owens show with his total leather look, biker style, his face hidden under a balaclava. A style that he partly imported into the Yvelines this Wednesday morning since it was still in big leather boots that he immortalized his time alongside Neymar.

How do we resolve a dilemma?

The price of the US dollar against the Egyptian pound today, Wednesday