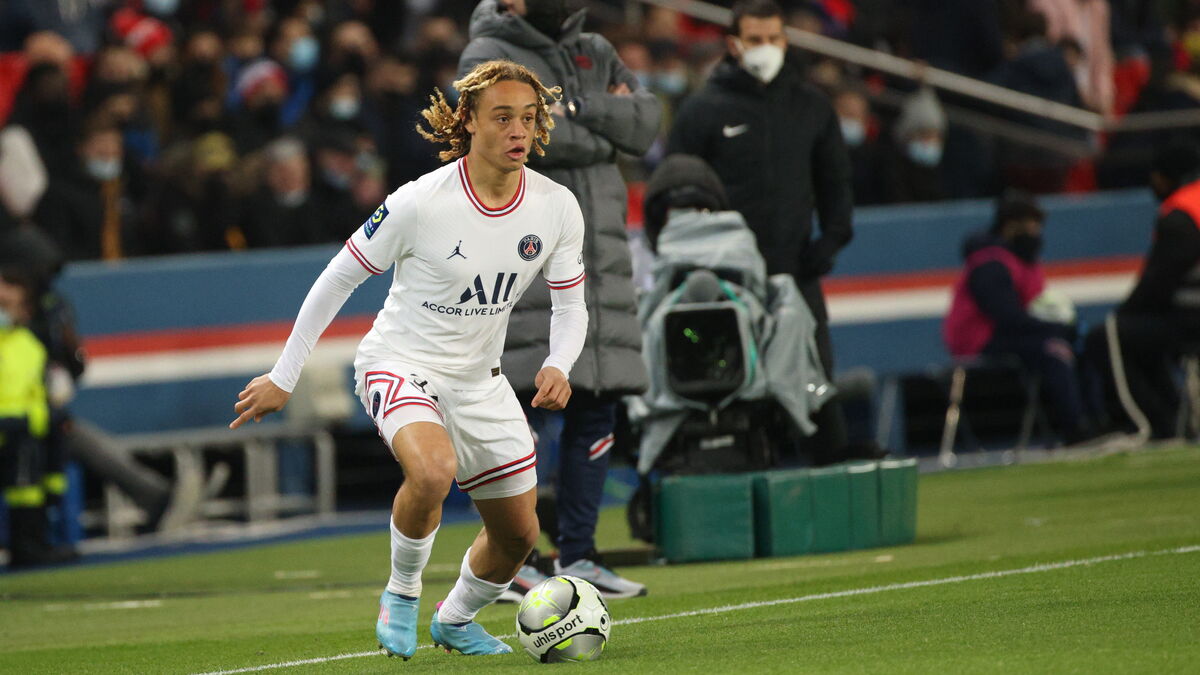 We can see more clearly about the group that Zoumana Camara will retain to face Sevilla FC, this Tuesday (6 p.m.) at the Georges-Lefèvre stadium, in the round of 16 of the Youth League. Up on a daily basis with the first team, Xavi Simons, replacing Saint-Etienne in Ligue 1 last Saturday, will be left at the disposal of the U19 group to try to snatch qualification in a dry match in the equivalent of the Youth Champions League.

The Dutchman was one of PSG’s driving forces during the group stage, being involved in 9 of the 16 goals scored by the young Parisian guard in six games (3 goals, 6 assists). Against Bruges (3-2) on December 7, he led the revolt to ten against eleven while the Belgians led 2-0 at the break. Barring a huge surprise, Xavi Simons will still start this Tuesday against Sevilla, proof that PSG takes this competition very seriously.

On the other hand, El Chadaille Bitshiabu following his exclusion against Bruges is suspended for the shock against the Sevillians. The defender played in National 3 this weekend against Blanc-Mesnil (2-2). In his absence, Nehemiah Fernandez and Younes El Hannach are expected to occupy the axis of defense.

Moreover, in addition to Xavi Simons accustomed to training with the first team, Edouard Michut, Ismaël Gharbi, Sekou Yansané or even Djeidi Gassama will also be there, as will goalkeeper Lucas Lavallée. Jordan Monteiro is injured (psoas).

Aburto takes a walk through the museums of Bilbao

Álvarez-Pallete against the technology “we do not ask for privileges, but justice”