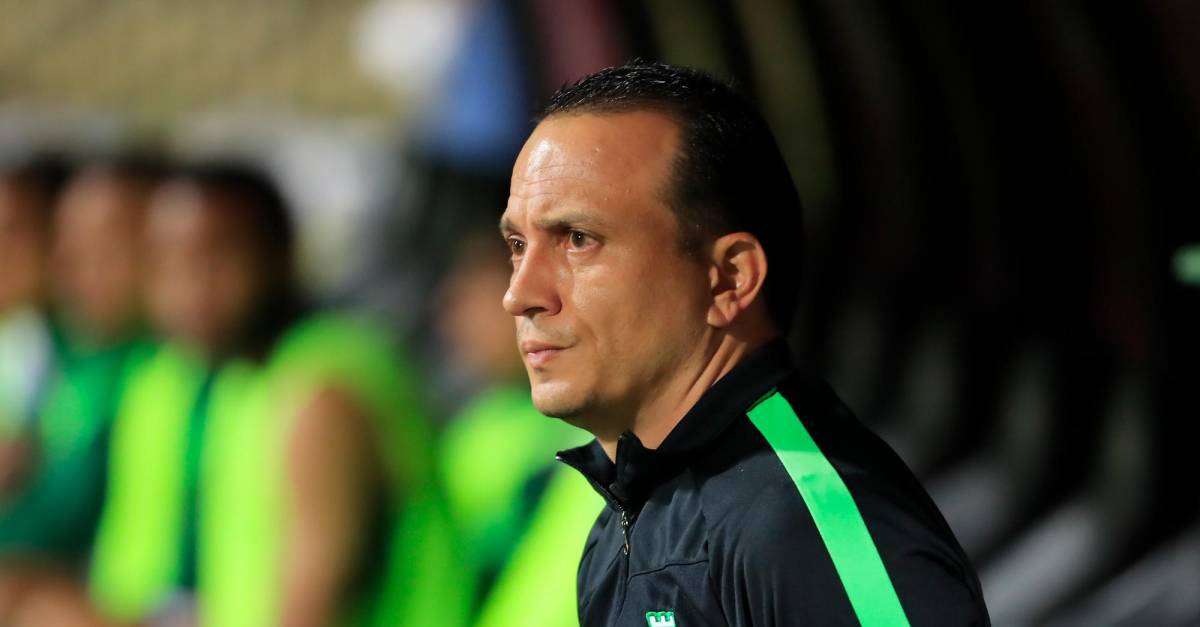 The coach of Nacional, Alejandro Restrepo, was questioned at the press conference after the 3-1 defeat against Bucaramanga about the substitution of goalkeeper Aldair Quintanawho made a mistake in the second goal of the leopard team, and did not come out to play the second half.

Instead of giving clarity on the subject, Restrepo limited himself to saying that it was a situation that remained in the locker room. “It is a totally dressing room issue and we want to leave it there closed”indicated the green strategist.

In addition, as a result of the errors that the goalkeepers have had this season that have cost the club points, something to be expected, especially from Kevin Mier due to his youth, the coach reaffirmed the position that they did not need to reinforce that position.

“The goalkeepers are trained by being here, they have come and trained here for a reason and today is a time to revalidate that position,” he said.

The reactions of the fans were immediate and on social networks they showed their disagreement with the explanations given by the strategistwhich will have its biggest challenge on Thursday when it hosts Olimpia from Paraguay (7:30 pm) at the Atanasio Girardot stadium with the intention of overcoming the series after a 3-1 defeat in Asunción.

Not so side effects