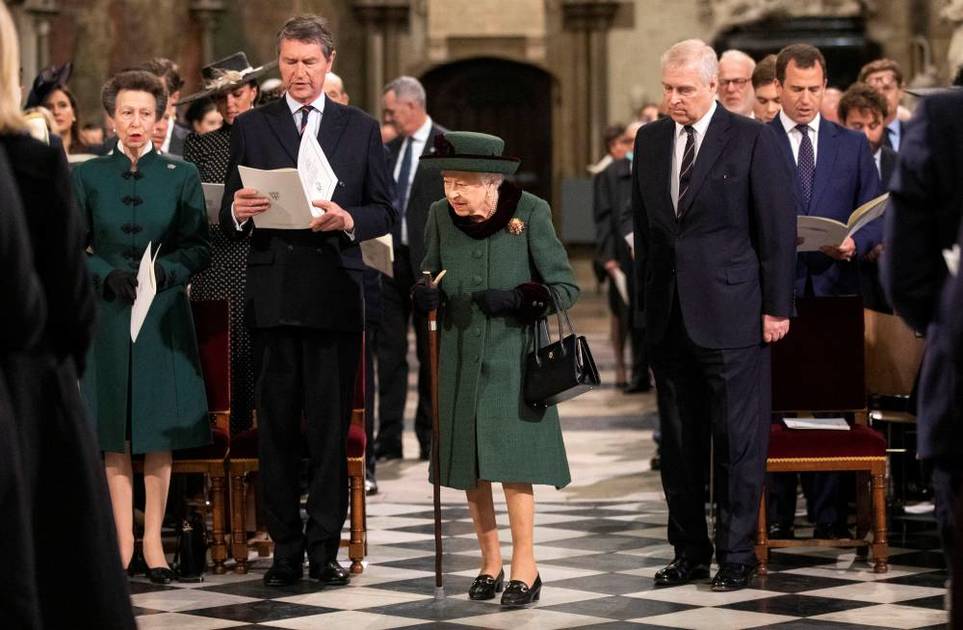 The Queen, who celebrates her 96th birthday in April, has significantly reduced her schedule after being admitted to hospital for one night last October for unspecified tests. Since the beginning of the “Covid-19” outbreak, she has moved to Windsor Palace, about 40 kilometers from London, and she is now moving around with difficulty.

While doubts were still prevailing on Tuesday morning about her attendance, the Queen wanted to participate in this ceremony, which takes place a year after the death of Prince Philip, whose marriage lasted 73 years.

The funeral of the Duke of Edinburgh, who died at the age of 99, was attended by a limited number of people due to restrictions related to the “Covid-19” epidemic, as the Queen sat alone in Windsor Chapel.

She arrived in Westminster Abbey with her son Andrew in his first public appearance after the amicable agreement reached with Virginia Gevor, who accused him of physical assault.

The queen did not enter through the main door; Rather, it is from a side entrance away from the cameras of the paparazzi for a shorter distance. After entering the church, she walked slowly and steadily and sat in her seat beside her eldest son, Prince Charles, heir to the throne.

Next to them sat Camilla, the wife of Prince Charles and Princess Anne, dressed in the dark green color of the Duke of Edinburgh.

The Queen stood several times during Mass and took a few steps to greet those present before leaving.

Watch .. a hot scene and hysterical screaming of Cinderella Soad Hosni with Rushdi Abaza in this forbidden movie .. and the director did not stop filming until the end.!