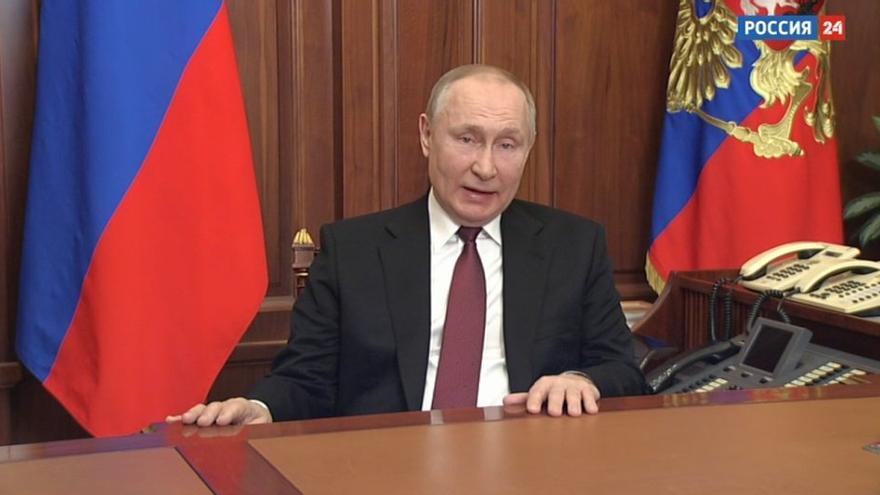 the russian president Vladimir Putin has issued a television message in which he has declared de facto war on Ukraine. Putin has assured that the Russians “cannot feel safe in the face of the threat posed by Ukraine” and its NATO supporters, and has stressed that “they have crossed a red line”, so that Russia has “decided to launch a special military operation ” in the Ukrainian country.

Putin has also explained that the objective of the military intervention is “the demilitarization and punishment of the Nazis” on Ukrainian territory and has stressed that Russia “will judge those who committed crimes against peaceful citizens.”

🔴 Putin announces a special military operation in Donbas.
“Russia will fight for the demilitarization and denacification of Ukraine and will prosecute those who committed crimes against peaceful citizens,” Putin says in a message to the nation. It’s 6 in the morning in Moscow pic.twitter.com/AmI0GaTHzG