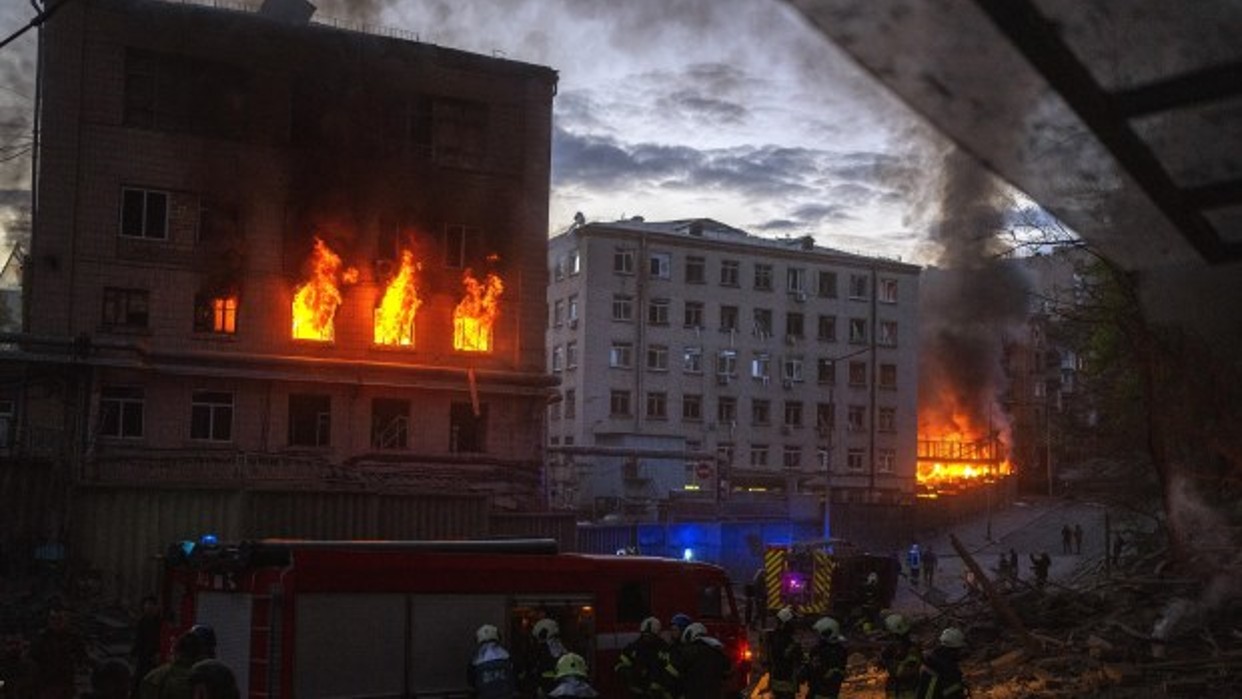 Kiev.- kyiv was the target of Russian bombing on Thursday during the visit of the United Nations (UN) Secretary General, Antonio Guterres, which left at least three injured, according to the mayor of the Ukrainian capital.

AFP reporters saw a building on fire in the bombed area, in the first Russian attacks on kyiv since mid-April.

Those bombings “say a lot about the efforts of the Russian leadership to humiliate the UN and everything this organization stands for,” Ukrainian President Volodimir Zelensky said in a video posted on Telegram.

The president indicated that “five missiles” fell on the city “immediately after the meeting” he had with Guterres.

“This requires a powerful reaction, of the same intensity,” he added.

Guterres and his entourage were “shocked” by the proximity of the Russian bombing, although all are “safe”, a UN spokesman said.

“In the afternoon, the enemy fired on kyiv. Two attacks on the Shevshenkovsky district,” Mayor Vitali Klitschko said, noting that the first reports were of “three people hospitalized.”

The Ukrainian Foreign Minister, Dmytro Kuleba, denounced “a barbaric act” and indicated that the bombings were carried out with cruise missiles.

“Missile attacks in the center of kyiv during the official visit of Antonio Guterres,” criticized Mijailo Podoliak, advisor to Ukrainian President Volodimir Zelensky, on Twitter.

“Ayer, [Guterres] He was sitting at a big table in the Kremlin and today, there are explosions above his head,” he said ironically, referring to Guterres’ visit to Moscow earlier this week, where he was received by Russian President Vladimir Putin.

“It is proof that we need a quick victory over Russia and that the entire civilized world must unite around Ukraine. We have to act quickly. More weapons, more humanitarian efforts, more aid,” the head of the presidential administration asked. , Andrii Iermak.

Iermak called for depriving Russia of its veto right in the UN Security Council.

The UN secretary-general arrived in Ukraine on Thursday, where he is scheduled to visit Bucha and Irpin, outside kyiv.

The Ukrainians accuse the Russian forces of committing crimes against the civilian population in those towns.

Guterres met with the Ukrainian president and admitted that the Security Council had “failed” to end the war, which began on February 24 with the Russian invasion.