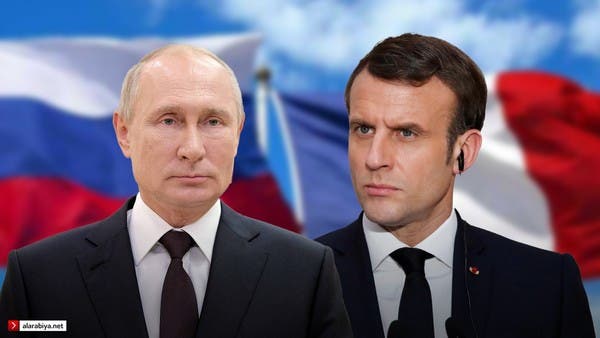 French President Emmanuel Macron warned, Thursday, that Russia will suffer from long-term and devastating consequences, during a speech on… Developments of Russia’s invasion of Ukraine.

“We will not show weakness in imposing further sanctions on Russia, and we will respond without weakness to Russia’s military action against Ukraine,” Macron said.

The French president said that Putin decided to threaten peace in Europe, stressing: “We support Ukraine and bear the responsibility to provide protection for European countries.”

He concluded by saying: “We will stand by Ukraine, and Putin violated the Charter of the United Nations.”

Earlier, the French President demanded that Russia stop Its military actions in Ukraine Immediately, condemning the Russian attack on Ukraine.

Macron also stressed that France stands in solidarity with Ukraine.

The French president called a defense council meeting after the Russian attack on Ukraine.

Russian President Vladimir Putin had earlier endorsed a “special military operation” against Ukraine to eliminate what he described as a grave threat, saying its goal was to disarm Russia’s southern neighbour.

On Thursday morning, Russian President Vladimir Putin said that The decision was made to conduct a military operation in Donbass in Ukraine.

He added that the circumstances required decisive action from Russia, while Reuters quoted witnesses as saying that they heard explosions in the Ukrainian capital, Kiev.

During the Russian president’s sudden speech, Putin added: “Russia cannot accept threats from Ukraine,” calling on Ukraine to “put down arms,” ​​and stressing that NATO’s further expansion and use of Ukraine’s territory is unacceptable.

Putin indicated that his country does not plan to occupy Ukraine, warning that “in the event of foreign intervention, we will respond immediately.”

Chonburi Covid-19 is widespread, infected with more than 2,700 cases, indicating that going outside is a risk.