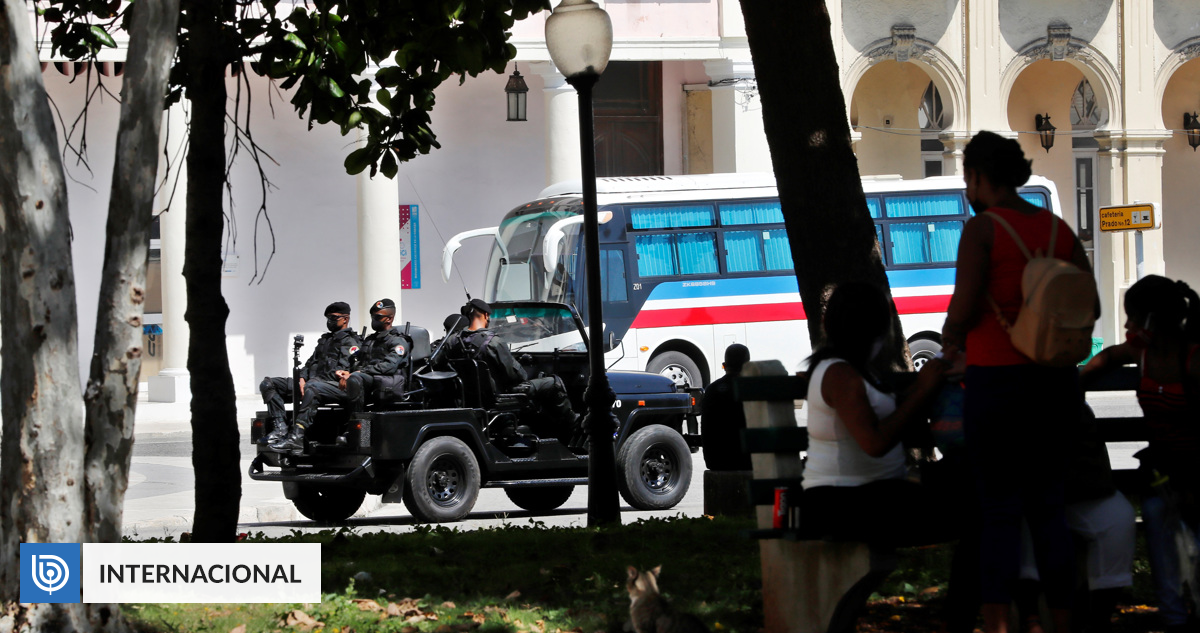 A total of five people were sentenced to up to nine years in prison for crimes related to their participation in the anti-government protests of July 11 last year in Santiago de Cuba (East).

According to the sentence, to which Efe had access this Wednesday, the Popular Municipal Court of Santiago de Cuba sentenced the defendants to sentences ranging from a fine of 3,000 Cuban pesos (125 dollars with the official exchange rate) up to nine years in prison. prison for the crimes of contempt, attack and public disorder.

The defendants are between 22 and 29 years old. None of them had a criminal record at the time of their trial and four of the five were in pretrial detention during their criminal proceedings.

The sentence considers it proven that among the defendants, during the afternoon of July 11, there were those who insulted the Cuban president, Miguel Díaz-Canel, the police present there and invited the rest of the protesters to join them in their choirs.

In addition, the court maintains that some hurled insults at soldiers, policemen and that they threw stones at the agents.

Relatives of those convicted and non-governmental organizations have criticized the trial, alleging lack of guarantees, fabrication of evidence and high sentences.

Foreign media do not have access to trials. Amnesty International requested to be able to attend the trials.

For its part, the Supreme Court of Cuba ensures that due process has been observed in all cases opened as a result of the 11J protests.

According to the Cuban Attorney General’s Office, 790 people have been prosecuted for these July 11 protests, of which 55 are between 16 and 17 years old. The minimum criminal age in Cuba is 16.

Since December there have been trials in Cuba of July 11 protesters, with hundreds of defendants.
According to the NGOs Justicia 11J and Cubalex, a total of 1,442 people have been detained in connection with the protests. Of these, at least 756 remain in detention centers.

The NGO Prisoners Defenders, for its part, points out that at least 842 people were in prison on the island at the end of 2021 for political reasons, mostly for the events of July 11.

The Cuban authorities, for their part, deny that there are political prisoners in the country and assure that the trials have to do with “acts of vandalism.”