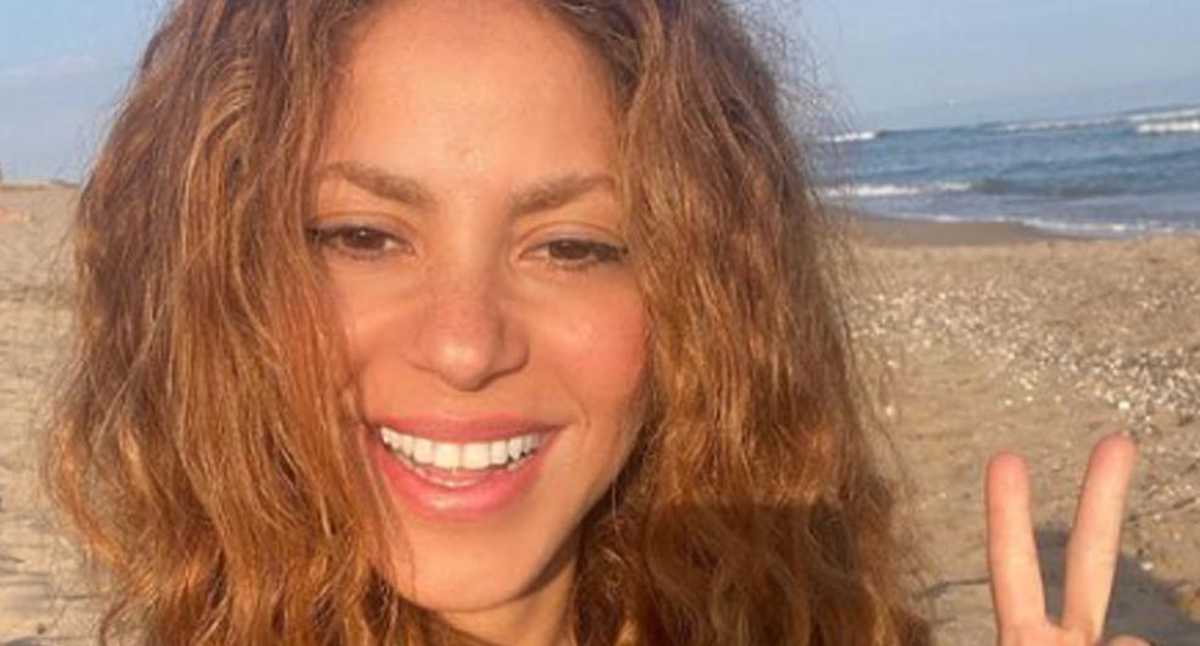 Shakira and Gerard Piqué were at the center of hundreds of international news, due to the surprising announcement they made about their separation. The couple made the decision to go their separate ways, leaving in the air a series of concerns related to the reasons for this breakup, the future of their children and the terms in which their love ended.

In the midst of the wave of speculation and versions that have come to light in recent weeks, the couple has remained on the sidelines of public statements and comments, taking into account that they would be in legal proceedings to define the custody of Milan and Sasha .

Recently, despite the information that indicates that the Barranquilla would be preparing a move against the Spaniard, A new version came to light that ensures that the couple’s children would already know the new girlfriend of the Spanish soccer player. Sources indicate that the children would have been in contact with the mysterious woman during a public event that took place in recent days.

According to data that was released in the ‘Mamarazzis’, a podcast of The newspaper, this emotional bond between the Spaniard and the woman is very serious, since they have come to share quite intimate and personal spaces. In this digital format it was mentioned that the relationship has advanced to the point where the athlete’s children have already been in contact with the young womanthrough a formal and common presentation.

The members of the podcast assured that last weekend Gerard Piqué attended the “Balloon World Cup” event with his two children, which took place in Barcelona and was attended by that woman. The Spanish journalists pointed out, with details about that meeting, that the soccer player’s new girlfriend was dressed in a black outfit and was seen talking with Milan and Sasha.

“We learned the plans they made on Sunday. Gerard Piqué was with his children at the balloon world championship that he organizes (…) The footballer would have talked with Shakira about dividing up the weekend. It turns out that this girl was there, she was dressed in black, at no time did they hide, and she could be seen talking to Shakira’s children”, assured the journalists.

However, the program also clarified that at the moment there are no photographic records that confirm that the Spaniard already has a love relationship with the blonde woman, but there is information that focuses on the constant flights that the two make to other countries. .

In the ‘Mamarazzis’ they told that last Saturday Piqué was seen at the Barcelona airport, getting off a flight in the company of what would be his new girlfriend. This trip would have been for work issues, without ruling out that it is a space to be alone.

“One of these informants who works at the Barcelona airport told us that on Saturday, at 8:20 am, on a flight from Dubai, Gerard Piqué arrived in the company of a blonde girl. They tell me that she is his girlfriend, but we don’t know.”, they indicated.

Similarly, the Spanish pointed out that they were sure that the soccer player’s children would not have known that woman as their father’s new sentimental partner, but as a possible close friend.

“I doubt very much that he openly introduced her as his partner. In her work environment she does not act as Gerard Piqué’s partner, in the company she is just another worker. That is why I tell you that the children do not know this woman as someone special in his life, “they added, making it clear that possibly in Kosmos they already know the particular bond that the woman has with the athlete.

The program affirmed to remain in reserve about the identity of that womansince they prefer to let Piqué be the one who presents it or reveals this information.

She went to take him lunch to work and found him with a colleague: “Don’t misunderstand things”