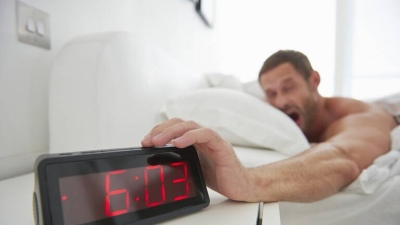 Al-Marsad newspaper: Researchers said that a light nap after waking up from the sound of the alarm clock and setting it to ring after a few minutes may be harmful to health.

Researchers from the University of Notre Dame in the US found that people who set a series of alarms to wake them up in the morning were more likely to have an elevated heart rate compared to those who woke up after just one alarm.

Consistently high heart rate has been linked to a number of negative health effects, including diabetes and heart disease. According to “The Sun”.

Of the 450 study participants, 57 percent said they tend to nap in the morning rather than getting out of bed straight away, and women were 12 percent more likely than men to do so.

A study indicated that participants who slept well had a 75% lower risk of heart disease or stroke than their counterparts who slept poorly.

Daughter takes over 3 / Xiao S was once laughed at as “ugly raised” daughters, a key proof that they have grown up and not crooked | Entertainment | CTWANT