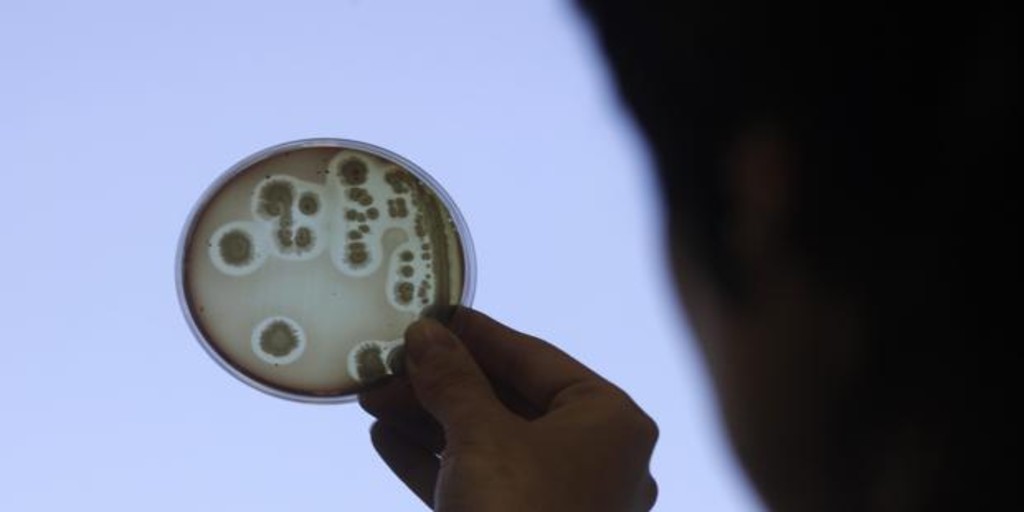 More than 1.2 million people, and more than likely many millions more, died in 2019 as a direct result of antibiotic-resistant bacterial infections. This is assured by the most comprehensive report on the global impact of antimicrobial resistance carried out in 204 countries and territories and published in
«The Lancet».

The figure is already closer to the 10 million a year that the most pessimistic predictions made years ago about the impact that superbugs will have on the world population. Not surprisingly, the World Health Organization (WHO) defines antibiotic resistance as one of the great threats to global health.

According to numerous medical institutions, the seriousness of the problem is such that by 2050, and if this issue is not tackled before its root, around 10 million people in the world could die each year from diseases that «before they were easily curable».

Behind this health alert lies the misuse of antibiotics that has extended for decades, which has caused strong resistance against which researchers are now fighting.

The report now published in
«The Lancet» reveals that antimicrobial resistance has already become one of the main causes of death worldwide, above HIV/AIDS or malaria.

“These new data reveal the true scale of antimicrobial resistance around the world and are a clear signal that we must act now to combat the threat. Previous estimates had predicted 10 million annual deaths from antimicrobial resistance by 2050, but we now know for sure that we are already much closer to that figure than we thought. We need to harness this data to course correct action and drive innovation if we want to stay ahead in the race against antimicrobial resistance.», says the co-author of the study, Professor Chris Murray, of the
Institute for Health Metrics and Evaluation at the University of Washington (EE.UU.).

Before the antibiotic era, bacterial infections were the number one cause of death on the planet. That is why diseases such as the plague, tuberculosis, leprosy or cholera are an inherent part of our history. This seemed to come to an end when antibiotics burst onto the scene.

And it came, but if we fail to stop the resistance, bacteria will once again be the leading cause of death for humanity, and Louis Pasteur’s prediction that microbes will have the last word (Messieurs, c’est les microbes qui auront le dernier mot), wrote the microbiologist Jose Antonio Escudero in
The Conversation.

the article of
«The Lancet» dhighlights the urgent need for increased action to combat superbugs and outlines immediate policy actions that will help save lives and protect health systems: Optimize the use of existing antibiotics, take more steps to monitor and control infections, and provide more funding to develop new antibiotics and treatments.

The new report estimates deaths related to 23 pathogens and 88 pathogen-drug combinations in 204 countries and territories in 2019. Statistical modeling was used to produce estimates of the impact of antimicrobial resistance across all locations, including those with no data: using 471 million individual records obtained from systematic literature reviews, hospital systems, surveillance systems, and other data sources.

The burden of disease was estimated in two ways: deaths caused directly by resistance (i.e. deaths that would not have occurred if the infections had been drug-susceptible and therefore more treatable) and resistance-associated deaths (ie, where a drug-resistant infection was implicated in deaths, but resistance itself may or may not have been the direct cause).

The analysis shows that AMR was directly responsible for approximately 1.27 million deaths worldwide and was associated with approximately 4.95 million deaths in 2019. HIV/AIDS and malaria are estimated to have caused 860,000 and 640,000 deaths. , respectively, in 2019.

Drug resistance in lower respiratory tract infections, such as pneumonia, had the greatest impact on the burden of disease, causing more than 400,000 deaths and being associated with more than 1.5 million deaths.

For its part, drug resistance in bloodstream infections, which can lead to sepsis, a life-threatening condition, caused about 370,000 deaths and was associated with nearly 1.5 million deaths.

The paper further reveals that superbugs pose a threat to people of all ages, with young children at particularly high risk, with around one in five deaths attributable to resistance in children under the age of five.

Of the 23 pathogens studied, drug resistance in only six (E. coli, S. aureus, K. pneumoniae, S. pneumoniae, A. baumannii, and P. aeruginosa) produced 929,000 direct deaths and was associated with 3.57 millions. Especially killer is the combination of pathogen and drug: Methicillin-resistant S. aureus, or MRSA, directly caused more than 100,000 deaths in 2019.

In addition, the resistance of bacteria to antibiotics has a huge economic impact on health systems and society.

The
European Center for Disease Prevention and Control (ECDC) estimates that around 25,000 Europeans die each year as a direct consequence of multidrug-resistant infections. This represents an expenditure of 1,500 million euros in additional costs of patient care. To this, we add the improvements achieved in the management of chronic diseases, as well as the progressive aging of the population, he wrote Concepcion Gonzalez Bello, from
University of Santiago de Compostela en The Conversation.

This researcher also warned that, although it is still too early to assess its full impact, the crisis generated by covid-19 seems to be intensifying the problem of bacterial resistance to antibiotics.

The authors of the “The Lancet” study acknowledge some limitations of their study. Limited data availability in some parts of the world, particularly many low- and middle-income countries, may limit the precision of estimates in these locations, as this required strong methodological assumptions in the analysis. Combining and standardizing data from a wide variety of sources also led to some potential sources of bias, including misclassification of hospital- or community-acquired infections, and inconsistency in distinguishing between drug-susceptible and drug-resistant infections. .

Jonathan Brown, a pioneer in the knowledge of Golden Age painting

Exploit in Chamonix: Charles Dubouloz becomes a legend after his ascent of the Grandes Jorasses