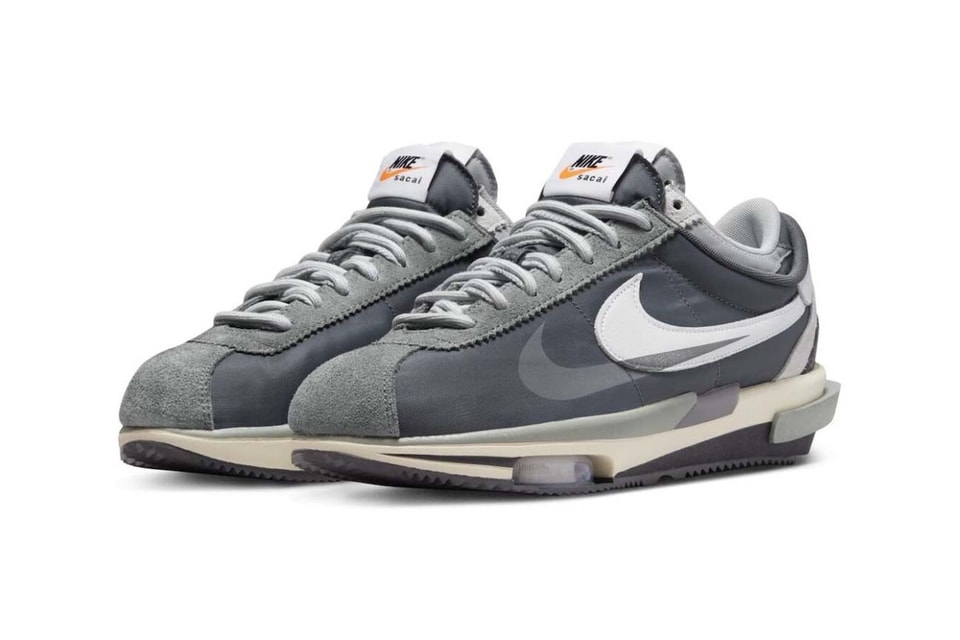 sacai past with Nike Since the cooperation has created many popular works, this year coincides with the creation of Bill Bowerman Nike Cortez On the 50th anniversary of its birth, the two sides decided to work together to reshape this pair of classic shoes, following the exposure last monthWhite, red and blue “OG” official picturesAfter that, another “Grey” appeared simultaneously.

The latest sacai x Nike Cortez 4.0 joint shoes are in 2022 Fall/Winter Lookbook For the first time, the overall design of “Grey” continues the iconic deconstructed aesthetics. The main upper is made of nylon and suede, and two kinds of fabrics are used to shape the double-layer Swoosh. In addition, the tongue, the collar and the prominent midsole retain the double-layer overlap. elements, the latter is complemented by beige, gray and army green to create a variety of layers, and last notable details include the addition of exposed Zoom Air unit in the forefoot.

This shoe is expected to officially debut this fall, with a suggested price of $160. Interested readers should pay attention.

For iPhone users.. an application that blocks annoying ads while browsing the Internet