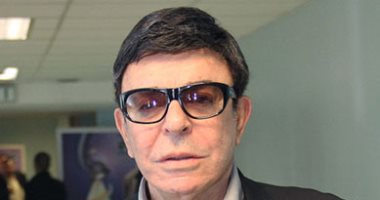 The great artist has just passed away Samir Sabry Inside a Cairo hotel, at the age of 86, and his family is being informed, and his death came after a struggle with heart disease, as the great artist Samir Sabry lay in a hospital in the Mohandessin area during mid-February, where those close to him confirmed that he suffers from a valve problem. The mitral, and at the time he underwent a heart catheterization.

And he was keen to visit the great artist Samir Sabry during his stay in the hospital, Dr. Ashraf Zaki, the captain of the acting professions, the great artist Mervat Amin, the two artists Ilham Shaheen and Donia Samir Ghanem, and the director Omar Abdel Aziz, head of the Federation of Art Syndicates.

The last appearance on the screen of the great artist Samir Sabry was the series “Valentino” with leader Adel Imam, which was shown during the Ramadan drama season before the last, and during the past few years, he also participated in several films, the last of which was “2 Talaat Harb” directed by Magdy Ahmed Ali, and before him “Dido” “, starring Karim Fahmy, Bayoumi Fouad, Ahmed Fathi and Mohamed Tharwat, “Mohamed Hussein” with the star Mohamed Saad, and “Al-Mashasati Part Two” with the artist Tamer Abdel Moneim.