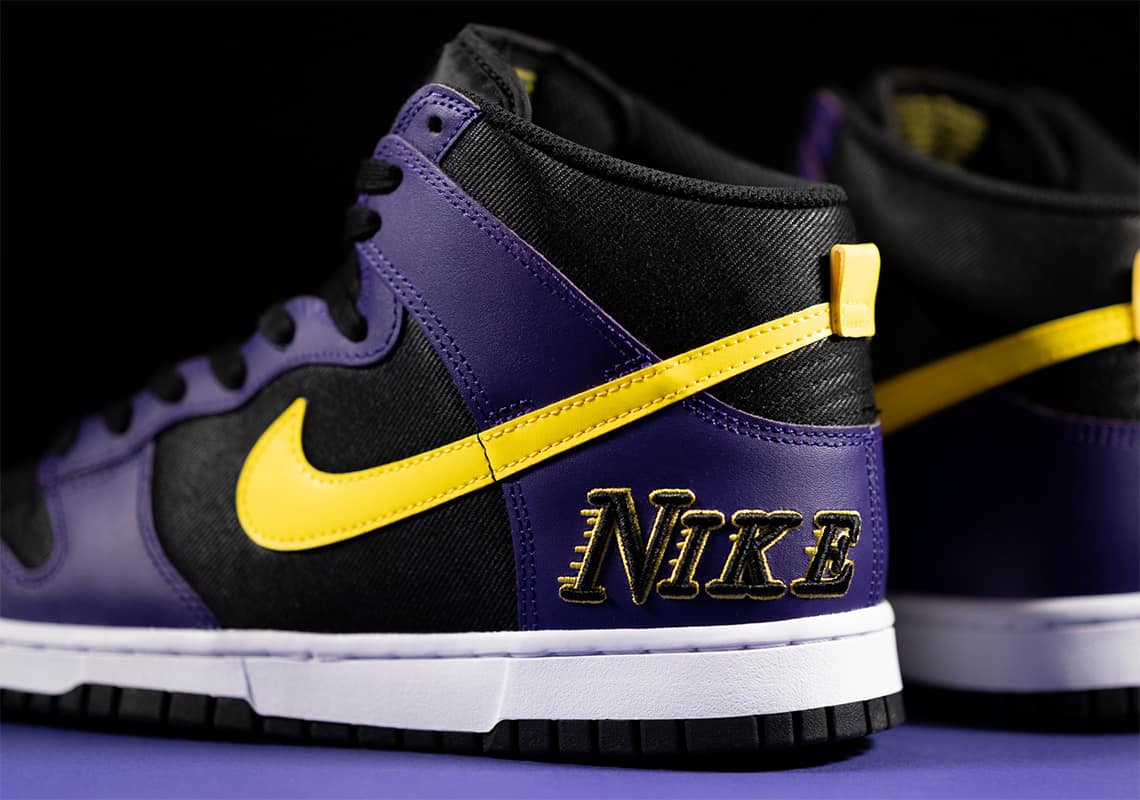 If the Dunk is today the most sought-after lifestyle silhouette on the market, the most OGs among us regularly retort: ​​”yeah but it was above all a performance model”. Widely used on university floors in the early 80s, the full leather model was indeed a locomotive for Nike’s basketball department.

It is therefore a fair return to see the swoosh brand repaint a high version of the Dunk in the colors of the 2020 NBA champions. The LA Lakers have given us the habit of this black jersey which has become the absolute emblem of the Black Mamba last year, and it’s a thick fabric of the same color that will sit all over the foot, framed in purple leather on the mudguard, heel ankle block, and lacing system.

The swoosh will be yellow, and the tongue in black mesh, all placed on a classic white sole and a black outole.

The difference is made in the presence of two well-felt details: first of all the large black “Nike” surrounded by yellow sewn on the side which takes up point for point the typography of the Lakers. Then, and this is more surprising, the Sports Specialties brand logo on the tongue. This brand was in the 80s 90s the one found on NBA stamped merchandising, in particular the official caps of champions of the time.

A piece of history that tells you about the golden age of the league, all on this Dunk called “EMB” (for “embossed) which will be released in a limited edition on April 29th. Showtime !

warn! Knownzai malaria can be transmitted from monkeys to humans, not to be confused with monkeypox.