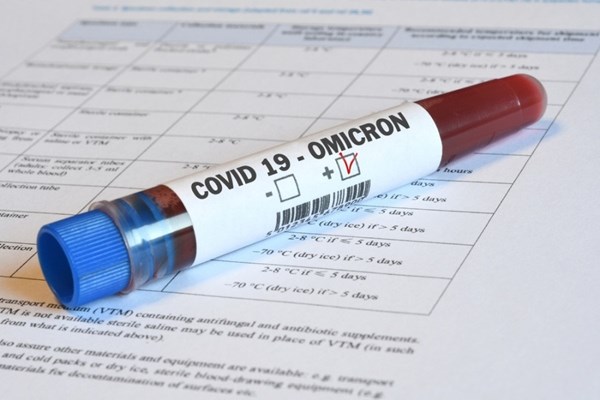 Scientists monitor the emergence of a new derivative of the mutant “Omicron” in some European countries, including Denmark, as well as its appearance in the United States of America.

Scientists have monitored the emergence of a new derivative of the mutant “Omicron” in some European countries, including Denmark, as well as its appearance in the United States of America.

A report in the scientific journal “the-scientist” stated that what was recently detected is a new version of the omicron mutant they called “BA.2”, noting that it spreads more quickly and does not appear in the PCR analysis, which made the scientists call it “the hidden omicron”. .

Ramon Lorenzo-Redondo, from the Northwestern University School of Medicine in Chicago, USA, said that “of all the corona mutant, omicron was the fastest spreading,” and scientists in India documented some differences between the omicron mutant and the derived mutant “BA.2”. There is a slight difference in the shape of the protein.

Cameron Wolff, an expert in infectious diseases at Duke University School of Medicine, described Omicron and its new derivative as “brothers of the same family, where there are slight differences, but most of the genes are similar in them.”

Gabriel Leung, dean of the College of Medicine at the University of Hong Kong, speculated that “a mutant derivative of Omicron may spread faster than the original mutant, by 35%.”

It is noteworthy that although the Omicron mutant does not cause serious symptoms that require hospitalization, it has more than 30 mutations in the spinal protein on the surface of the virus, which gave it the ability to steal vaccines so much effectiveness.

Earlier, World Health Organization officials said that the new mutant of the Corona virus, which will draw the world’s attention, will be more contagious than “Omicron”, but what scientists really need to answer is whether it will be more deadly or not.

Maria Van Kerkhove, the technical leader of the efforts to combat “Covid 19” at the World Health Organization, said during a virtual question session, that the world recorded about 21 million infections during the past week, which is a new record.

Seen sexual assault and inequality; The life of Shahina, who came to Microsoft from the slums