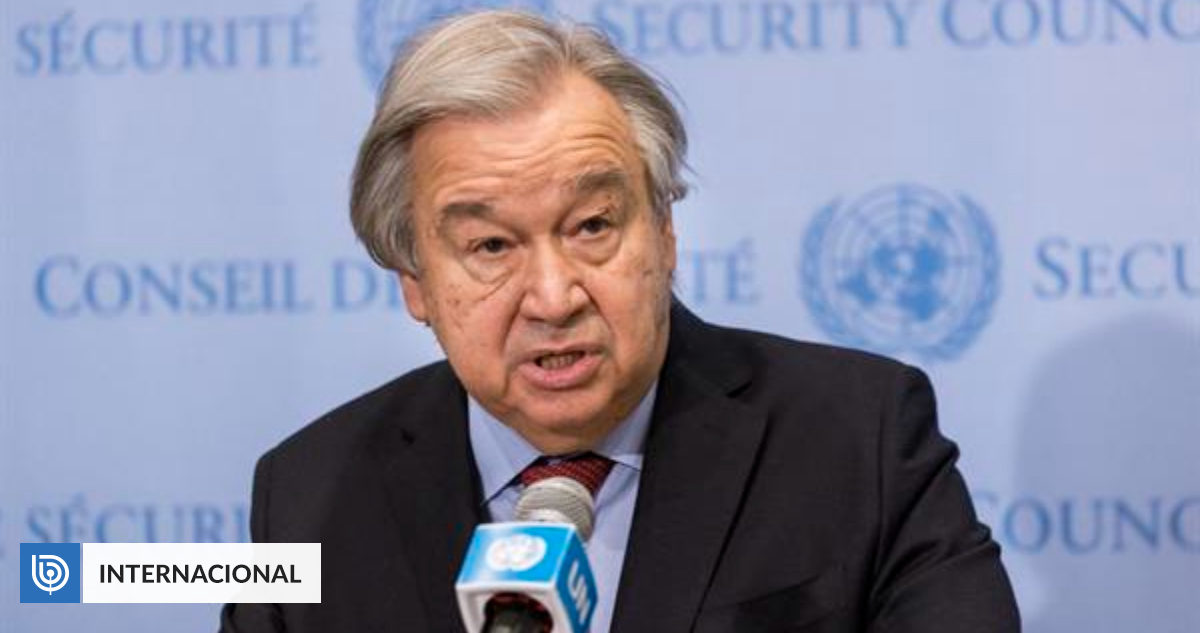 “Since the beginning of the Russian invasion a month ago, the war has led to the senseless loss of thousands of lives; the displacement of 10 million people, mostly women and children; the systematic destruction of essential infrastructure and an increase skyrocketing food and energy prices around the world,” the UN chief said.

The Secretary General of the UN, Antonio Guterres, announced this Monday that the organization will explore “immediately” with the parties to the conflict in Ukraine agreements and arrangements for a possible humanitarian ceasefire.

Guterres, in statements to journalists, said that he has entrusted these efforts to the United Nations humanitarian chief, the British Martin Griffiths.

The head of the United Nations stressed that a humanitarian ceasefire it would save lives, it would facilitate the delivery of aid. This, in addition to allowing progress in serious political negotiations to achieve a peace agreement.

Griffiths has already established some contacts with the parties. Guterres said that he hopes the diplomat can go to Moscow and kyiv to establish “a serious dialogue” with both parties.

Beyond this diplomatic effort, the Portuguese defended the importance of the mediation that other countries are seeking. In addition, he assured that he is in contact with Turkey, Qatar, Israel, India, China, France and Germany, among others.

According to Guterres, all these initiatives are “essentials” to end the war, but right now it makes sense for the United Nations to get involved as well.

UN to advocate for a humanitarian ceasefire

Guterres insisted that the United Nations “He is doing everything in his power to support” to the Ukrainians. On the other hand, he also recalled that in the last month help has been given to almost 900,000 people.

“But let’s be clear: the solution to this humanitarian tragedy is not humanitarian, it is political,” insisted the Portuguese diplomat. The authority stressed that a cessation of hostilities is essential to facilitate aid operations.

Russia and Ukraine are planning a fourth round of ceasefire negotiations, although it is still unknown when these new talks will begin.

Russian Foreign Minister Sergei Lavrov said today that he sees an agreement between Russia and Ukraine as possible to end the Russian military campaign in that country, since the West seems, he says, more willing to admit its mistakes.

The Turkish government hopes that the talks between Russian and Ukrainian delegates scheduled for this week in Istanbul will result in “a lasting ceasefire” that paves the way for peace.

Asked about the possibility of the war leading to a nuclear or chemical conflict, Guterres said that it would be something “unimaginable” and defended international work to guarantee the safety of nuclear power plants.

Regarding the words of the US president, Joe Biden, assuring that the Russian leader, Vladimir Putin, cannot remain in power, words that the White House has later tried to qualify, the UN Secretary General stressed that right now it is necessary “ de-escalation”, both in the military and in rhetoric.