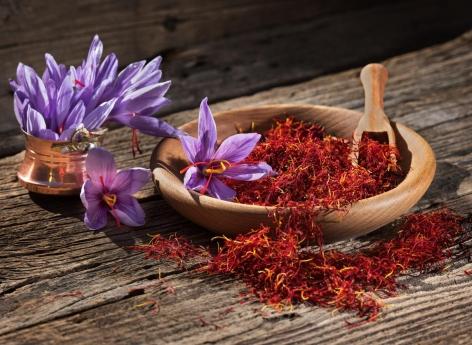 Generally, this spice is recognized by its red color: saffron. Some put it in their dishes, others put it in their tea. But regardless of the mode of consumption, this “spice of the sun” has many virtues for our mental, physical and neurological health.

According to a study published in the journal Journal of Pharmacology, saffron would help fight depression. For this, however, this spice must be associated with conventional treatments. So, by giving participants saffron as a dietary supplement, researchers found that after eight weeks, they had a 41% decrease in symptoms of depression.

This same team of scientists also noted an improvement in the quality of sleep, the spirit of initiative and the motivation of the participants who had taken saffron. And that’s not all: the results of another study published in the journal Pharmacopsychiatry in 2017 are even more amazing. According to scientists, saffron was as effective as Prozac® – an antidepressant – in mild to moderate depression!

At the neurological level, the consumption of saffron is also beneficial. It helps to strengthen memory thanks to the crocin and crocetin it contains. These are two chemicals that could improve learning and memory functions. According to a thesis entitled “Saffron, precious spice or precious medicine?”, it would also be a stimulant in case of overwork and general fatigue.

Finally, on a physical level, saffron is also very good for reducing blood pressure and preventing heart disease. This antioxidant also helps lower bad cholesterol and prevent certain cancers. So, whether in tea or on your dishes, saffron is to be consumed without moderation!

More than 80,000 tourists stranded on an island in China after new contaminations