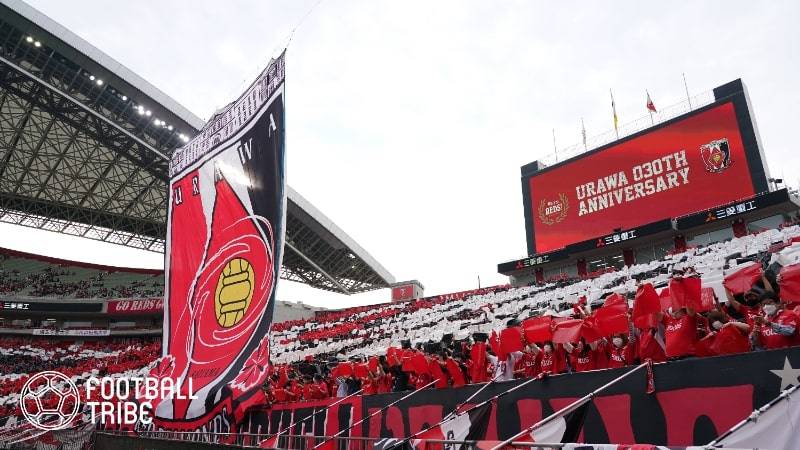 Meiji Yasuda Life J1 League Section 18 Gamba Osaka vs Urawa Reds was held at Panasonic Stadium Suita on the 2nd. However, it seems that Urawa Reds supporters were once again supporting the voices that violated the “Guidelines for Coronavirus Infectious Diseases”.

In professional sports in Japan, including the J-League official game, the support act of speaking out is still prohibited due to the spread of the new coronavirus infection. However, the J-League announced that it will conduct operational verification in some games as part of the gradual lifting of the ban on voice support from last month. Starting with Kashima Antlers vs. Avispa Fukuoka in the second round of the YBC Levin Cup playoff stage on the 11th of last month, we have decided to introduce a “voice support area” in some games.

Then, in a match that seems to be against Gamba Osaka, the appearance of Urawa Reds supporters singing chants enthusiastically and booing players after the match spread on Twitter. In this match, the “voice support area” has not been introduced, and it seems that he violated the rules again.

For that reason, SNS users once again rushed to criticize Urawa Reds supporters, saying, “Don’t lift the ban on cheering without permission!” And “Urawa is strange.” There are also comments asking the J-League to dispose of Urawa Reds, saying, “It’s about time to deprive Urawa of the points!” And “Why isn’t Urawa dispositioned?”

On the 30th of last month, the J-League announced the addition of games subject to operational verification of voice support. However, the match against Urawa Reds is still not included in the target match. As Urawa Reds supporters continue to violate the rules, attention will be focused on whether the J-League will impose severe punishment on Urawa Reds.

Information you do not know about Sabreen.. Her origins are not Egyptian, and the surprise is the kinship between her and Mohamed El-Helou!

The museum at Masjidunnabavi offers awe-inspiring sights to the visitors