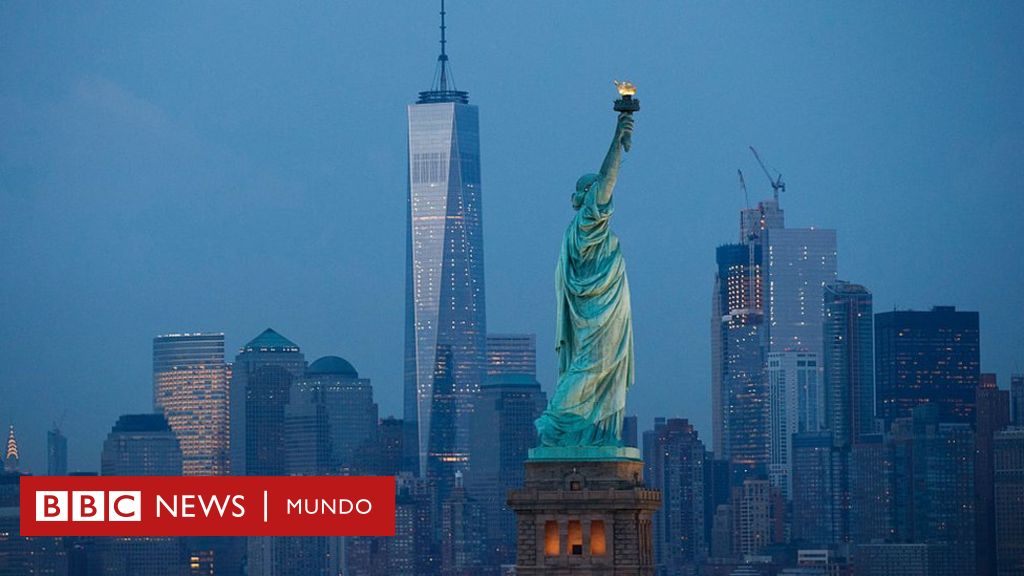 The most expensive cities in the world are New York and Singapore together, according to the annual survey by The Economist Intelligence Unit.

It is the first time that New York has led the ranking. Last year’s number one, Tel Aviv, is now in third place.

Overall, the average cost of living in the world’s largest cities increased 8.1% this yearaccording to the survey.

The war in Ukraine and the impact of covid-19 on supply chains were also identified as factors behind the increase.

High inflation in the US was one of the reasons why New York topped the list.

Los Angeles and San Francisco were also among the 10 most expensive: Earlier this year, US inflation was the highest in more than 40 years in the country.

The strengthening dollar was also a factor in the prominence of US cities.

Moscow and St. Petersburg moved up the rankings from 88th and 70th to 37th and 73rd respectively, partly as a result of Western sanctions following Russia’s invasion of Ukraine.

The survey compares the costs in US dollars of goods and services in 172 cities. Kyiv was not included in this year’s review.

were compared more than 400 individual prices on more than 200 products and services from 172 cities of the world.

Upasana Dutt, who is responsible for leading the investigation, said the war in Ukraine, Western sanctions on Russia and China’s zero-Covid policies “have caused problems in the supply chain.”

“That, combined with rising interest rates and changes in the exchange rate, has resulted in a cost-of-living crisis around the world,” Dutt added.

She said the average price increase across the 172 cities in the survey has been “the strongest we’ve seen in the 20 years for which digital data exists.”

The most expensive cities in 2022…

…and the least expensive

Remember that you can receive notifications from BBC News World. Download the new version of our app and activate them so you don’t miss out on our best content.

Fuzzy infection situation: RKI: Corona incidence is not going down any further