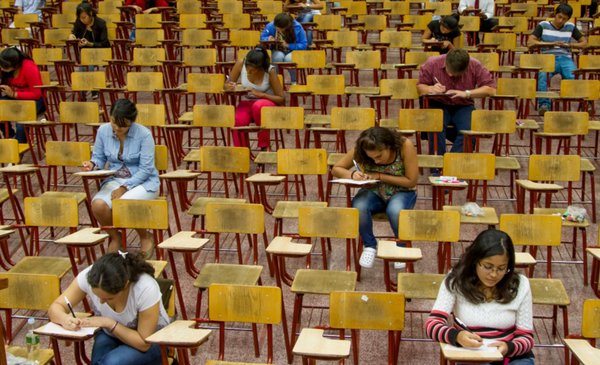 A group of medical candidates demonstrated yesterday outside the UNSa to claim, as they said, for a series of “irregularities” in admission that could leave thousands of children out of the race.

The students, who preferred not to identify themselves, said that there were more than 4,000 pre-registered but a list of 270 ended up being published, which are the ones who were finally able to take the entrance exam yesterday.

They denounce that there was massive pre-registration and then, a massive purge. They said that in four weeks they had to present eight colloquiums and that there were “errors” in the virtual platform that prevented them from responding.

They assure that they claimed and even spoke with an authority. From the university they had pointed out that many of the applicants had done the initial process wrong, but that they would be allowed to complete it. After a large part of the pre-registered were left out, the UNSa extended the pre-registration for the second time until March 6.

After PSG – Saint-Etienne: The perfect evening for Kylian Mbappé who joined Zlatan Ibrahimovic