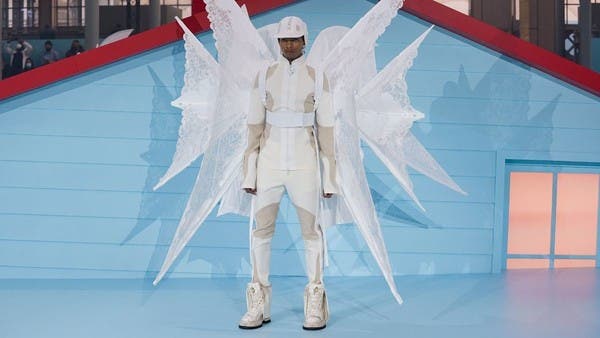 Louis Vuitton’s menswear show at Paris Fashion Week turned out to be a final farewell to its menswear creative director Virgil Abloh. At the end, the house’s workshop team attended to greet on the stage of the show, which was titled “Louis’ Dream House”.

At the end of this live show, 400 invitees stood and applauded the American designer, who died on November 28, at the age of 41, as a result of a serious illness that was kept secret until his death. Athletes, dancers, and a musical orchestra that included 20 musicians participated in the show, and plays inspired by the works of the late Virgil Abloh, while we witnessed on stage the passing of models who presented the latest collection that bore the signature of the designer for Louis Vuitton.

The décor of the show was striking in its distinction, as it took the form of a house decorated with the number 8, which recalls the year 2018. It is the date on which Virgil Abloh began his collaboration with Louis Vuitton and the 8 seasons during which he presented his collections to the house.

The surreal nature of this show was also overshadowed by the works of the Italian painter Giorgio de Cerco and the French painter Gustave Courbet, which appeared printed on jackets and coats. Virgil Abloh was never afraid to borrow other people’s ideas but presented them in his own style of “street chic”.

The surreal character was also evident in the white views that were adorned with huge suites. The show witnessed the passing of 67 models and opened with a black suit and a classic coat whose stories were repeated in more than one look, as if Apollo wanted to confirm in this field that his success is not limited to the field of luxury “street fashion”, but goes beyond it to the classics of men’s fashion that he is keen to present in his own style. A collection of casual outfits rolled through the show, culminating in white designs that evoke the work of a man designing his own legacy while staring at his death.