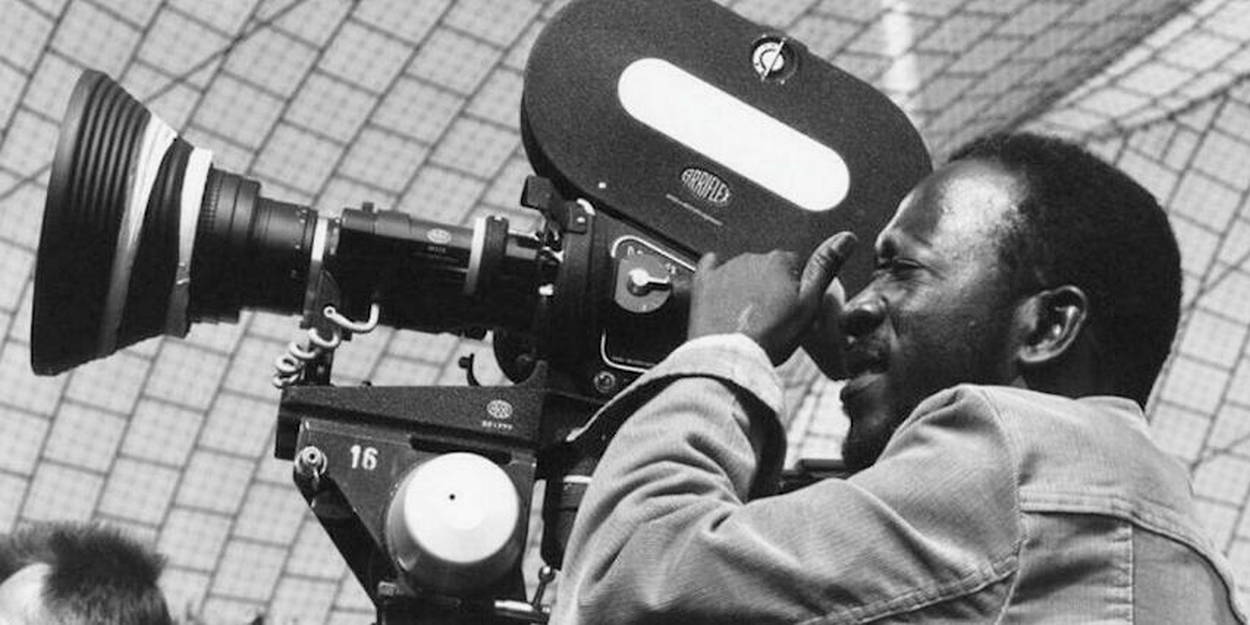 Mis implemented on the occasion of the Africa2020 season supported by the French Institute, the “Tigritudes” cycle immersed itself in the history of African cinema from which it unearthed rare and emblematic works of the 7e African art since 1956, year of independence of Sudan. On the menu, 126 films from 40 countries to illustrate 66 years of the history of cinema on the continent, all this enhanced by two master classes, six film courses and cross-disciplinary encounters. As an opening, Dyana Gaye and Valérie Osouf chose the restored masterpiece by Cameroonian Dikongué Pipa: In Fire. To close the cycle, his godfather Wolé Soyinka, Nobel Prize for Literature in 1986, made a special trip to Paris. The sign of great consideration, but also of a desire to root in the memories these exceptional moments which have marked the course of African cinema from the period of independence to now. Valérie Osouf describes the spirit, the nuggets and the future of this “Tigritudes” cycle.

The Africa Point: How did you come up with the idea for this cycle on African cinema?

Valerie Osouf: First of all, you should know that the programming of this cycle is two-headed. Dyana Gaye and I were very inspired by a work seen in a museum four years ago. It was titled “Seismography of struggles” and was made by Zahia Rahmani, an art historian. She had articulated 1,000 non-Western critical and political journals, which she had presented in chronological form. This started from the revolt of the populations of the island of Santo Domingo (future Haiti) in 1802, to the fall of the Berlin Wall, in November 1989.

Also, when the Africa2020 season made its call for projects, we came up with something that really shows the diversity and pan-African cinematic richness. We retained the idea of ​​presenting the films chronologically, from 1956, the year of Sudan’s independence, to 2021, in order to reflect the circulation of forms and ideas across the continent.

What you need to know is that there have been moments of political and intellectual boiling, moments when an Africa on the move is reflected in the films. There were some from Nigeria. Some were shot in Brazil, others were American films shot on the African continent alongside Congolese films shot in China, and so on. In short, an Africa in the field of the world.

And why did you call this cycle “Tigritudes”? ?

This term “tigritude” was coined by the Nigerian writer Wole Soyinka, who won the 1986 Nobel Prize for Literature and who moreover became the godfather of this film cycle. A small historical reminder: it was during a congress of African writers in Kampala, Uganda, in 1962, that he had this sentence which has since become famous in reaction to the movement of negritude carried by Léopold Sédar Senghor, Aimé Césaire and Léon-Gontran Damas: “The Tiger does not proclaim its tigritude, it leaps on its prey and devours it. »

In our understanding, Dyana Gaye and me, this term leads to stop explaining who we are, as usual in relation to the West, and to take action. What is interesting with regard to the fact that there is no tiger on the African continent, is to mark the refusal of an assignment in a geography of origin. We are part of a dynamic of self-affirmation of films which were the first to be produced by young countries.

READ ALSOMahamat-Saleh Haroun: “To pay tribute to all these everyday heroines”

What are these early films about?

These films talk about emancipation, freedom, utopia, egalitarian horizons, social project to build. They also take a critical look at the past. That was at the beginning because, little by little, the economy began to weigh on their content and their aesthetics.

When, thanks to André Bazin, France understood that an African cinema was being born, the Cooperation began to finance it. This completely transformed it, because we went from an anti-anti-colonialist cinema, Marxist in certain respects, often illustrated with jazz pieces and very free texts, to a cinema featuring an opposition between modernity and tradition.

On the English-speaking side, we see, with South Africa for example, that advertising has had an impact on film projects. Otherwise, there is of course the Nollywood phenomenon that has marked Nigerian cinema.

That said, it should be noted that there was a certain unity in the cinema of the 1960s and 1970s. The films have all been driven by the compelling need to go their own way. But what better tool than the cinema to speak to a population of which the majority does not read.

READ ALSON’Goné Fall: “Africa2020 is Africa speaking for itself”

How did African governments react to such a project?

We did not solicit an African government. We have been supported by the Africa2020 season, the National Cinema Center, the International Organization of La Francophonie (OIF), the Foundation for the Memory of Slavery and the City of Paris. We have operated on a modest budget and intend to circulate this cycle first on the African continent.

After Paris, we are going to present part of the cycle in Bobo-Dioulasso in Burkina Faso, a great country of African cinema with its Pan-African Film Festival of Ouagadougou (Fespaco). Then, at the Biennale des arts de Dakar where we are thinking of opening with Badou Boy, the film by Djibril Diop Mambety which has just been restored. Today, we already have requests from Benin, Algeria, Kenya and other countries. The idea is to circulate this program and find ways to present it in English, Portuguese and Arabic, among other possibilities. American universities are also very interested, especially those with African and Black Studies departments.

READ ALSORaoul Peck: “In this film, I go to the very source of racism”

How do you plan to present this cycle?

In its current form, there are 126 films spread over 66 screenings for 66 years of cinema, or one screening per year. Since the rights holders are not necessarily the same from one territory to another, variations are possible, on the titles for example for legal reasons, but also because of problems of access to adequate projection equipment. There are places where it will not be possible to show 35 mm or 16 mm films if they have not been digitized.

Overall, it is this corpus that we envision Dyana Gaye and me. By keeping the idea of ​​the chronology, we will adapt to the situations. For example, we can insert it in the 1970s or the 1990s.

And you feel that your approach appeals?

Yes, and we feel that there is a need. There are Maghreb film festivals, so-called African film festivals where only films from Mali, Burkina Faso, Senegal, etc. are shown. but not a pan-African turnkey program like this one which offers works from Namibia, Tanzania, Kenya, Lesotho, Niger… it’s really exceptional.

How did the public react in France?

We were happy to be welcomed to the Forum des images when it was possible to offer this cycle in certain museums. Beyond the fact that this place is very democratic, there is also that the price of entry facilitates access. I specify that this Forum des images is in the heart of Paris, in the Forum des Halles in Paris, a place not snobbish and elitist, really accessible to all. Some young people have come to see films from the country where their parents come from, others because they love cinema or simply because they are curious to discover films that have been described to them as cult.

The audience was very diverse and it was a real satisfaction, because on the one hand, it is a question of deconstructing stereotypes and prejudices, on the other, on the continent itself, of making African cinematography better known. . Indeed, many Africans know less about the cinema of their continent than about Brazilian telenovelas or Indian, Egyptian, American or French cinema.

AHave you considered or thought about a television version of this cycle?

Not at all ! It must be said that we really wanted to celebrate the room. Given the difficulties faced by cinemas during the pandemic, it is indeed important to encourage this desire to share a film with others on the big screen. We plan to do screenings in the villages and meet various audiences. Otherwise, if the national televisions get involved by programming films contained in the cycle, it will also be a great step forward.

What have you noticed around this cycle?

That there is a real interest in African cinemas. Many of the films from the 1960s and 1970s that we have programmed have been in major international festivals such as Cannes, the Quinzaine de Venise, etc. It’s true that interest in this cinema seemed to dry up for a while, but things are happening as if there were a new wave. Thanks to the democratization of digital tools, there are exciting young filmmakers who are doing extraordinary work, often on the edge of plastic art and narrative cinema. With the “Tigritudes” cycle, we have somehow accompanied this new wave which is pan-African and is starting to be noticed again on the international scene.

READ ALSONabil Ayouch: “For this continent, I only believe in local actions”

So the next step is a world tour?

Dyana and I are first and foremost filmmakers so we don’t plan on wandering around for 5 years just for this cycle. We hope that the program will run on its own and will therefore allow us to take care of other productions.

So, concretely, the next step should be to first find a way to subtitle the films in as many languages ​​as possible, if possible with the help of Unesco. Then, we are thinking of publishing a book “Tigritudes” to keep a written record of what was nevertheless a long search of three years during which we saw some 1,200 films. Beyond that, there are archives to fix and analytical articles to produce, not to mention a DVD box set to collect all these films. Last point: we hope to be able to have a website in French, of course, but also in English, Arabic and Portuguese. The objective is for it to serve as a resource space for young people on the continent who are interested in cinema. A way to allow them to enjoy the entire cinematographic palette of the continent.

Germany: MREs protest in front of the Bremen parliament, which raised the “flag” of the Polisario

Meet the shepherds of Béarn